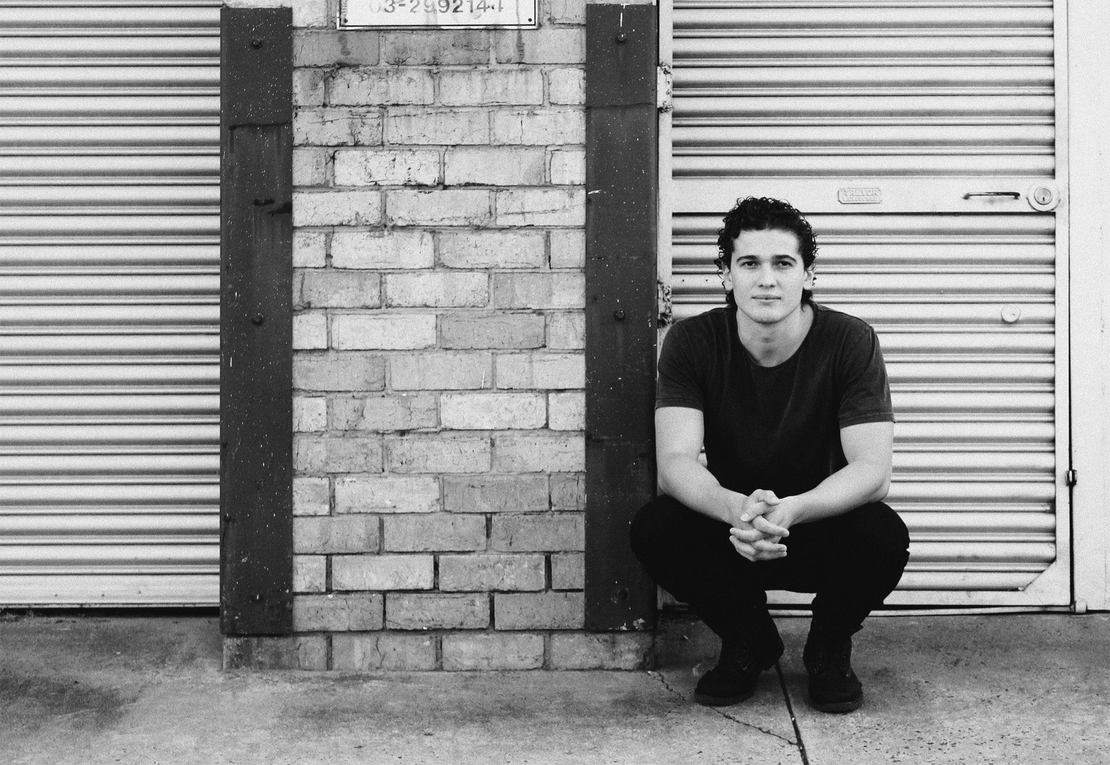 When Andreas Florez was unexpectedly diagnosed with a rare form of leukaemia, the 24-year-old was determined to make a difference.

This is Andreas’ story, as shared by his mother, Maria.

Andreas was an easy child.

He was our third son and was very good at finding ways to entertain himself.

He loved writing and when he was in grade 4 he would go to his room after school to write and draw. One day he presented us with a manuscript called Barry the Elephant. We had it bound and now read it to our grandson, Santiago, who was born two months before Andreas died.

Andreas was passionate about music from primary school. He played piano and drums and sang. He went to RMIT to study music production and during his degree, in 2014, he studied at San Diego University for a semester. There he wrote some of the songs that became part of his EP.

Andreas graduated with distinction in late 2015 but didn’t go to the formal graduation ceremony – he thought it was too much fuss.

So when his degree arrived in the post, we arranged a surprise ceremony at home. By then Andreas had been working at Chemist Warehouse in Niddrie for about 18 months. He arrived home from his shift one day in January 2016 and as he sat at the table dunking a Tim Tam in milk, my husband, Antonio, appeared wearing a cape and a beret to confer his degree. Andreas laughed and laughed.

But only a couple of months later, my son’s future changed. In February, he developed bruises – first on his arm and then his leg – although he couldn’t remember knocking himself. He was busy at that time, finishing his EP, Delusions of Grandeur, working and going to the gym. He felt well and didn’t take too much notice of the bruises.

But on Friday, March 9, he woke with another massive bruise on the inside of his right knee. I insisted on a blood test.

We didn’t realise the pathologist was desperately trying to get in touch with him because his blood results were disturbing. Andreas arrived home at 10pm and was eating a stir-fry when he got the call, and I saw the transformation on his beautiful face as the pathologist said he needed to see his doctor quickly.

He was sent straight to hospital and a bone marrow biopsy showed a rare and aggressive type of acute myeloid leukaemia. He wasn’t given a favourable prognosis from the start. I could see he was scared, but he always remained hopeful.

His older brother was a compatible donor, so after a round of chemotherapy, Andreas had a stem cell transplant. The stem cells were supposed to fight the rogue cancer cells but six or seven weeks after the transplant a further biopsy showed the leukaemia was back. It was crushing news.

Towards the end Andreas said, ‘Mum, I am not afraid of death anymore. I have come to terms with it’. He gave me so much strength.

Andreas was re-admitted to the Olivia Newton-John Cancer Centre in Melbourne 10 days before he died. He spent his last days surrounded by family and friends. We brought in his turntable and vinyls, and played music.

He passed away on August 31, 2016, just half an hour after listening to Some Kind of Miracle, a song from his EP, which was played on Triple J. We were all by his side. I squeezed his hand, he gave me a squeeze and I said, ‘You made it darling, you made it’.

My niece Catalina, a journalism graduate of RMIT, suggested we set up the Andreas Florez Travel Scholarship for Artistic Excellence in Andreas’ memory. While the pain of losing Andreas will always remain, it is of great comfort to us knowing the gift of education can create goodwill.

We want to raise $250,000 so that a scholarship can be awarded each year in perpetuity to enable a gifted student to fulfil their dreams. RMIT is fully supporting this initiative and we are deeply grateful to all who can support us in this cause.

Andreas wanted to help people pursue their dreams. It comforts me knowing he won’t be forgotten. He wanted to make the world a better place and didn’t come into this world to die of leukaemia at 24 and to be forgotten. 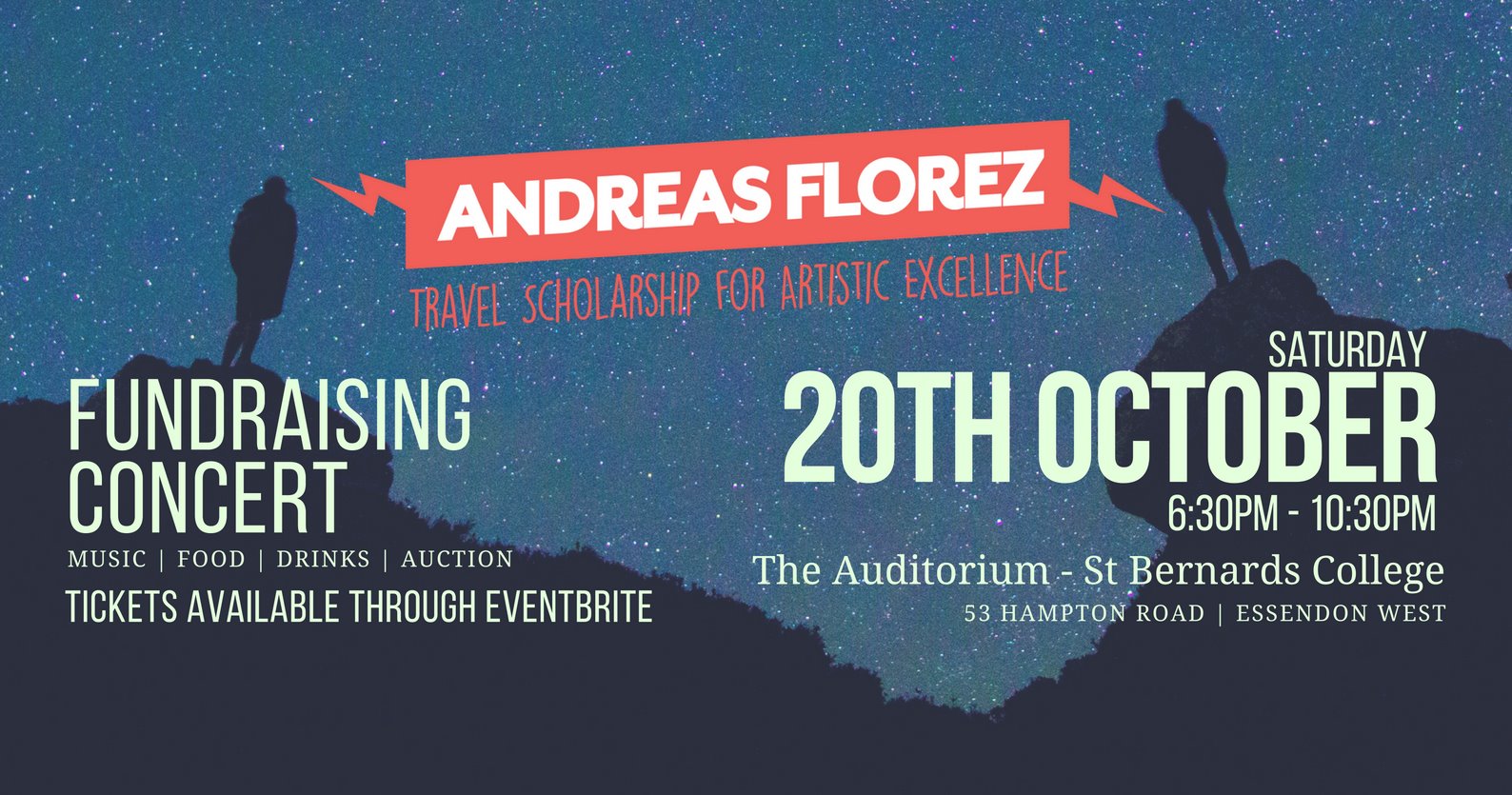 The Florez Family  have now set up the ‘Andreas Florez Travel Scholarship for Artistic Excellence’ in his memory. It is their goal to raise $250,000 so that a scholarship can be awarded each year in perpetuity to enable a gifted music, film or design student to fulfil their study dreams overseas. Supported by RMIT, the Florez Family cordially invites you to the 2nd Annual ANDREAS FLOREZ FUNDRAISING CONCERT on Saturday October 20th 2018 @The Auditorium @ St Bernard's College Essendon. For full event details & tickets, head here: https://goo.gl/oXyWEk