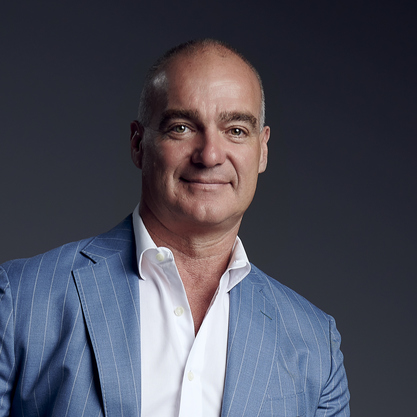 A little about Ric….

Despite a whirlwind of record prices and a mantelpiece stacked with awards, Ric is a genuinely humble man who enjoys time with his family, surfing at his local or sitting on the back of a horse.

Ric attributes his success to his backstory. He arrived in Australia from Portugal with his family in the early 70s, initially living in Sydney’s Inner West before eventually settling in North Bondi.

After leaving school early, Ric worked at KFC and then took various jobs, including driving cabs and working in hospitality and nightclubs. He then travelled overseas and got involved in the equestrian sector, where he rode and trained horses competitively before returning to Australia, where a friend suggested Ric try real estate. He was hooked on real estate after three weeks, and the rest is history.

Why can Ric help you?

Ric now has had close to 35 years of experience negotiating and selling in Australia’s most prestigious and competitive real estate market – Sydney’s Eastern Suburbs.

Since starting work with an independent firm in Rose Bay in 1988, Ric has sold a diverse range of property, including development sites, apartment blocks, waterfronts, and prestige homes and has racked up countess suburb and street records.

Ric’s genuine, compassionate, and friendly nature is integral to why vendors, investors, and buyers across our region love working with him and why almost 95% of his business derives from repeat clients – many of whom are high-profile – or from referrals.

Undoubtedly, this star agent’s past work experience has served him well. Ric says he is grateful for having had various jobs in different industries and having broad life experiences growing up. Whether it was training horses, driving cabs or managing a food outlet, he learned a lot about people – such as not to judge someone by their appearance and that everybody is different. Moreover, these experiences have helped him connect with a broad range of vendors, buyers, investors, and tenants.

Ric admits to getting a natural high from learning about the stories of others and delights in helping them change their lives with an outstanding result or providing them with some salient advice.

“ Buyers don't often write good reviews about real estate agents, but Ric is extremely professional, reliable and responsive. He is most transparent. He is also a really nice person. He knows the market better than anyone. A vendor would be absolutely crazy not to engage Ric. ”