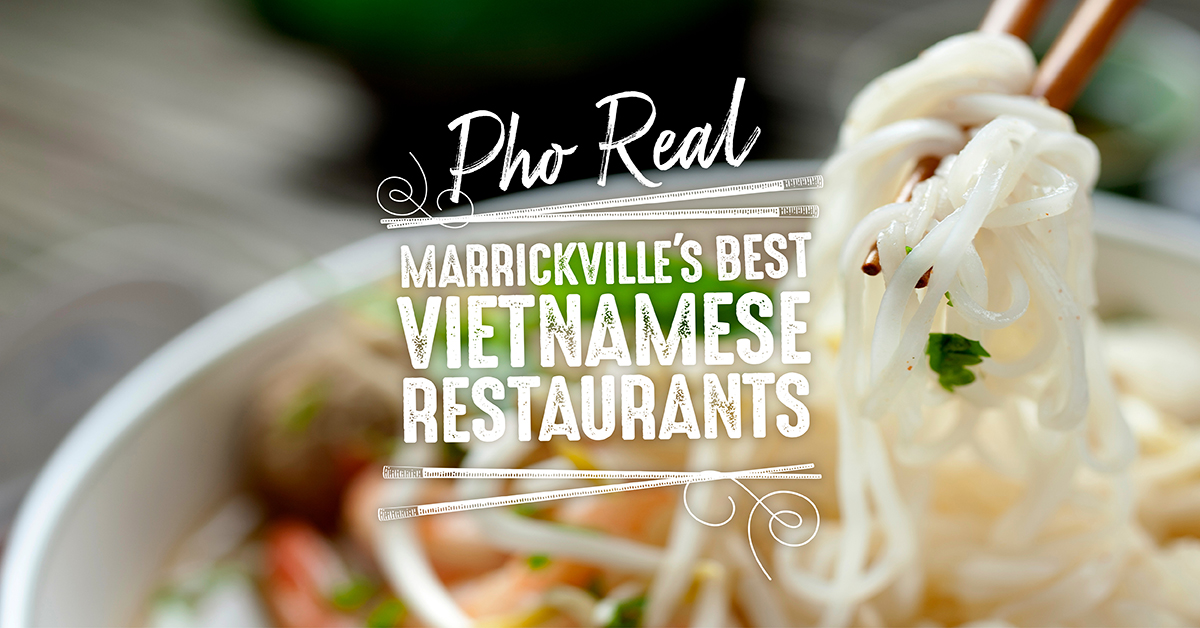 Marrickville is synonymous with Vietnamese cuisine, playing host to some of Sydney’s best restaurants. If Viet is one of your favourite foods, Marrickville is your suburb. With so many choices we take a look at our own go-to spots, which we are sure will be yours too when that pho craving kicks in.

Along Illawarra Road, you will find everyone’s favourite aunt, Hello Auntie. Well-known amongst Marrickville locals, Hello Auntie is an intimate restaurant that should be on your ‘must-do’ list.

Inside you’ll find simple interiors that leave the food to be the main show at Hello Auntie. Pho-sure try the pho – it is a secret recipe from Tran (Nguyen doesn’t even know the recipe), the banh xeo (crispy pancake) is also a must, as are the banh khot (Vietnamese pikelets). For a hands-on experience, give the DIY rice paper roll kit a go, a great experience when dining with friends.

There’s a spectacular cocktail range on offer, and it’s BYO (wine only) on Wednesday nights. Hello Auntie is a nice reminder that you need to pay your aunty a visit.

A Marrickville institution since 1986, you know Bay Tinh is going to be the real deal. Fast, fresh and affordable, this is a go-to if you’re after a real traditional Vietnamese delight.

Original founder Tinh Tran knew what he was doing when it came to fine Vietnamese faire, arriving to Australia as a refugee from Vietnam after a prestigious cooking career in his native country. In 2007, the hands changed over to Harry Haong, also a Vietnamese refugee who cooked for Tinh. Haong has kept the traditional Bay Tinh spirit alive, continuing with the original favourite Bay Tinh items on the menu, but adding a few new ones for good measure.

While you’re there order like the locals and try the crispy pancake stuffed with pork, prawns and bean sprouts, the savoury little rice cakes and the prawns wrapped in sugar cane. All the food is affordable, and it is BYO so you can bring along your favourite vino to match.

The interior and trimmings are fuss-free, this place is all about delicious Vietnamese food and for many years has been a closely-guarded neighbourhood secret that you’re now in on. You can thank us later. 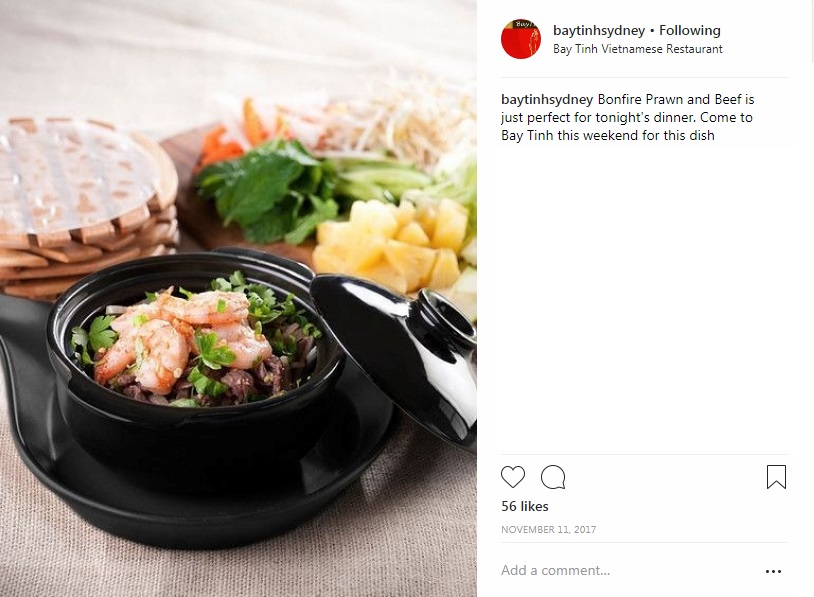 Along Marrickville Road, you’ll find Pho PHD, and a PHD in pho they do have.

Another family affair, Pho PHD’s owners originate from central Vietnam, their origins playing a large influence into how they prepare their pho broth, which has Sydneysiders from all over coming in for.

A wide variety of soups are on offer, served in trademark red bowls you’ll see everything from duck and bamboo, to your traditional beef noodle pho. While the pho will melt your heart, there is plenty more to choose from on the menu, including vermicelli salads, caramelised pork and all your other Viet favourites. Pho PHD is BYO so bring your favourite wine or start your night here before checking out some of Marrickville's best bars.

Marrickville is lucky enough to have two PHD’s in walking distance of each other, Pho PHD the larger of the two with a new, modern setting, and PHD around the corner a smaller in-and-out type spot for when you just need a delicious pho. 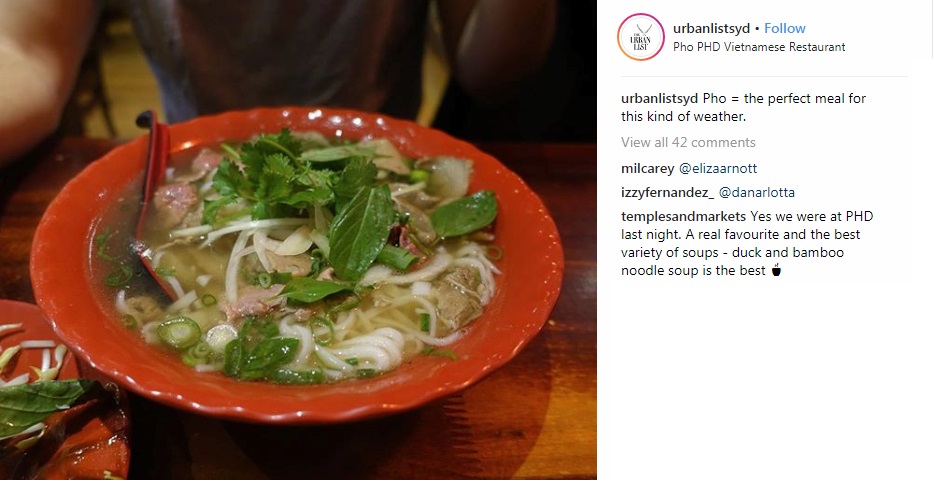 Affordable prices and large servings make Hanoi Quan one of our favourites when looking for a steamy bowl of delicious pho.

Service is fast, ideal if you’re in a hurry, and the food is cheap – but don’t let that fool you, they mean business when it comes to Vietnamese food. Hanoi Quan pride themselves on creating their dishes from scratch using fresh ingredients, resulting in an authentic culinary experience.

On the menu you’ll find your favourites – the pho is packed to the bowl’s brim (try the pho duc biet combination), salt-and-pepper tofu and the vermicelli with grilled pork for an impressive Viet feast. It’s BYO, too, so bring your favourite drink along and you’re set for the night.

The interior is a show in itself, over-the-top décor with crowded cupboards of knick-knacks and ornaments and wooden carvings over the walls. 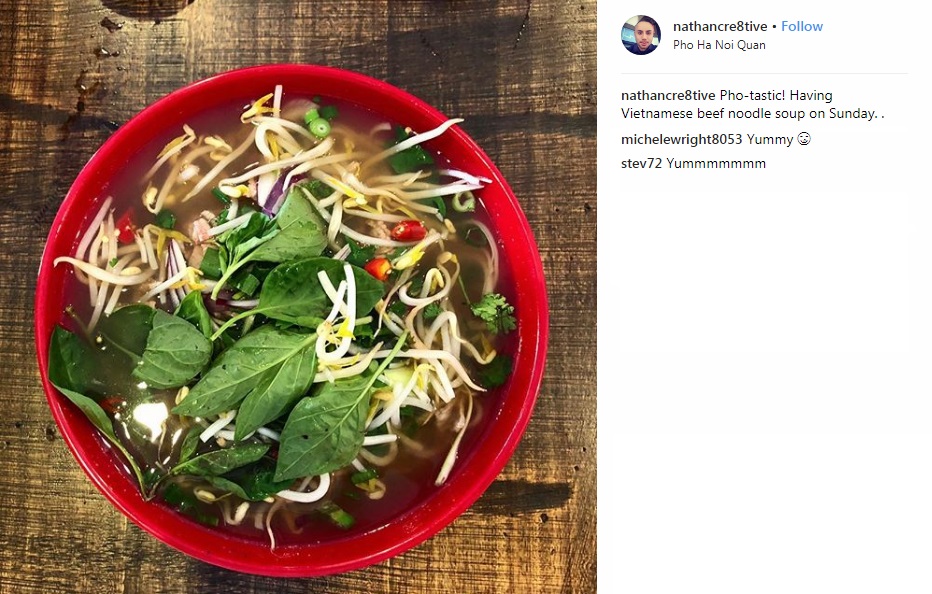 Eat Fuh is encouraging Sydneysiders to get the pronunciation of ‘pho’ correct once and for all. What started off as market stall through Sydney’s hotspot markets (Bondi, Marrickville, Double Bay, Kings Cross) is now a heaven for pho-lovers.

The interior looks a little more coffee shop than bustling Vietnamese haunt, although don’t let that deter you from the delicious bowl of soup that will land in your hands shortly after taking a seat.

Like many other Viet restaurants in 2204, Eat Fuh is a multi-generational project from son Hoang Nguyen and his mother Hanh Ngoc Tang, or Mama Fuh as she is more affectionately known.

The beef stew is a must, Mama Fuh roasts the spices so the broth is packed with flavour, although there’s also vegan pho, a few stir fries and salads on offer – enough to make you a fuh-natic. 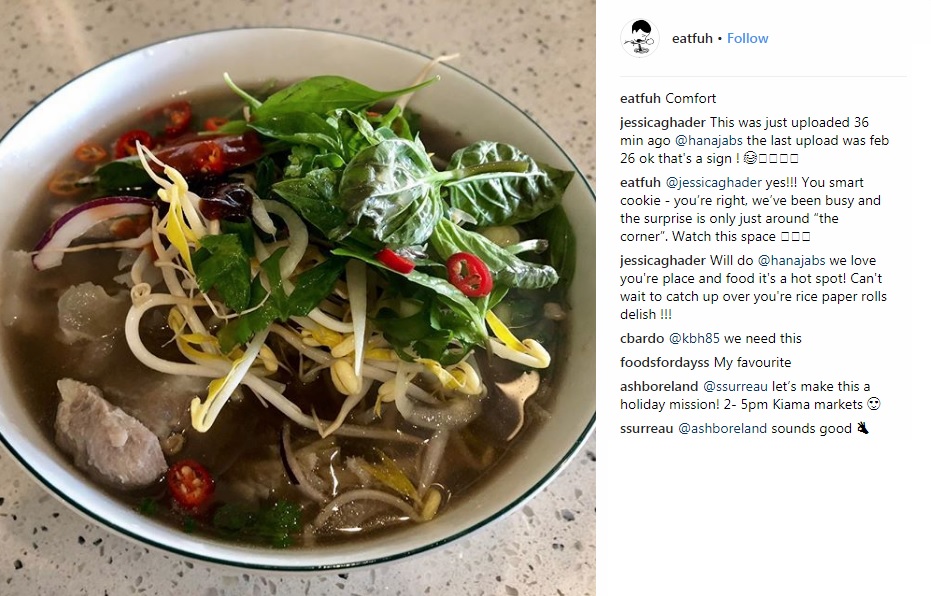 Nestled on Illawarra Road, you’ll find Old Thanh Huong Restaurant, a one-stop shop serving popular dishes from Vietnamese, Chinese and Thai cultures. The selection is aplenty, and you will not be disappointed with the authenticity.

Service is quick and no frills, this is where you can find a snappy Vietnamese favourite that hits the spot. The pho is a definite recommendation, a steaming bowl that will help all your winter woes, with all the trimmings (fresh herbs and condiments) on the side. For something different, there’s also crocodile on the menu – if you dare.

Marrickville Pork Roll is a hard one to miss, and not just because of the lines of people frequenting out front to have a taste of Sydney’s best banh mi. Don’t be confused by the tiny hole in the wall exterior, this place means business when it comes to Vietnamese pork rolls.

Since 2008 Marrickville Pork Rolls has been feeding Marrickville locals and the wider Sydney area with delicious rolls that have the perfect bun to fillings ratio all around $5 a pop.

Khiem Du runs both Marrickville stores, which are fast expanding with stores recently opening up in the CBD. But as a local I’ll let you in on something – there’s nothing like the original.

Khiem came to Sydney from Vietnam when he was just 8 years old, and his wife Nga, who runs the stores with him, migrated from Vietnam in her teens – bringing with them a fresh taste to banh mi, that Sydney absolutely adores. 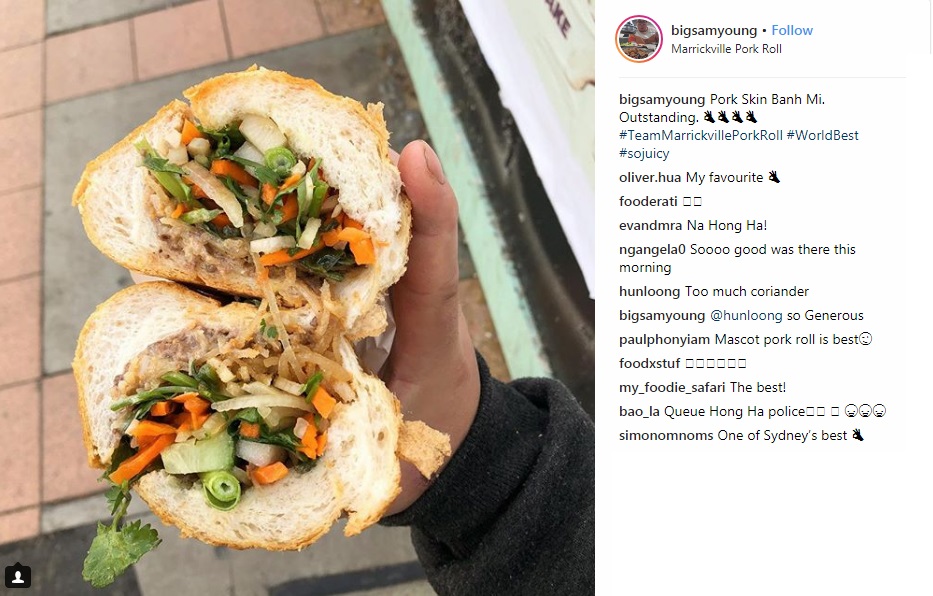 Thinking of making the move to Marrickville? Chat with one of the friendly team members at Raine&Horne Marrickville for more information on Marrickville, real estate and the local community – we live here too.