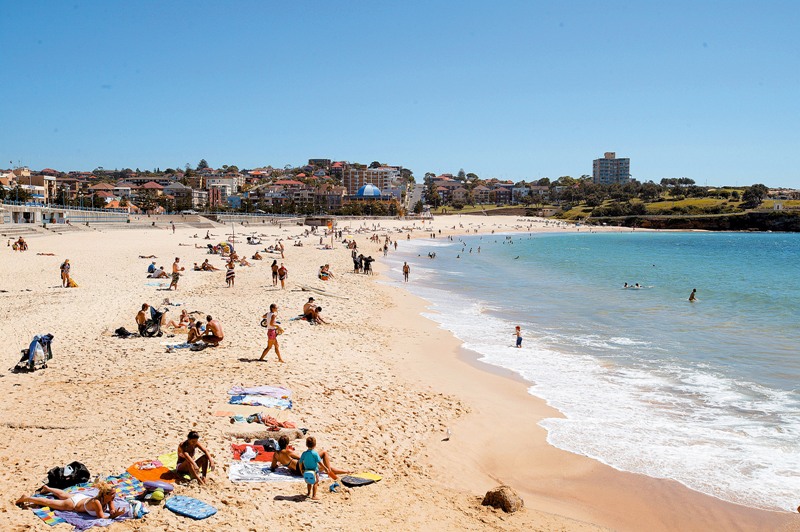 Like Tamarama a little further north, Coogee was once renowned for its ability to entertain Sydneysiders.

In 1928, the popular Coogee Beach Amusement Pier reached 180 metres into the sea, until the strong surf took its toll and the pier was demolished in 1934.

Still famous for its crowd-pulling power, Coogee’s foreshore has recently undergone a major facelift, with more cafés, restaurants and picnic areas than you can poke a barbequed prawn at.

The more affluent members of Sydney society have long valued Coogee for its therapeutic abilities, with generations of them flocking to Coogee’s scenic coastline for well over a century. Coogee’s reputation extends globally, with international guests keen to enjoy the beautiful beach suburb’s holiday appeal and five-star accommodation.

Coogee is just 8 kms from the CBD, and only moments from Bondi Junction’s recently revamped shopping precinct and bus/rail interchange. Centennial Parklands’ 385 hectares of open space are also close by, perfect for picnics or enjoying a bit of exercise with friends.

The area’s best-known watering hole and music venue, the Coogee Bay Hotel, has also been refurbished, as have the spectacular Wylie’s Baths at the end of Neptune Street, an ideal spot for a swim as you gaze out across the ocean towards Wedding Cake Island.

Coogee’s hilly streets are dotted with California-style apartment blocks as well as many examples of Victorian and Federation architecture, all overlooking a pretty beach enclosed on both sides by green-topped cliffs and scenic headland nature reserves.

Arden Street’s cafés and Coogee Bay Road’s shops and eateries offer a more intimate and laid-back atmosphere than busy Bondi to the north.