The recently announced HomeBuilder grant[i] and major infrastructure projects such as the $5.3 billion Western Sydney Airport and the $745.5 million Darlington upgrade project in Adelaide[ii], are attracting committed buyers to entry-level markets in Australia’s capital cities according to leading property group, Raine & Horne.

HomeBuilder provides eligible owner-occupiers, including first home buyers, with a grant of $25,000 to build a new home or substantially renovate an existing home. To be eligible for the grant, a couple must earn less than $200,000 combined the property value, including house and land, does not exceed $750,000.

“The grant is additional to the stamp duty break for first-timers either building a new home or buying an existing property worth up to $650,000. Stamp duty discounts will also apply to properties worth up to $800,000.

“Also don’t forget suburbs such as Leppington Park and Austral are closer to the future Western Sydney Airport at Badgerys Creek. Having this new $25,000 grant plus the prospect of the new airport is a real bonus for first home buyers,” Mr Ly noted.

The Federal Government also recently announced construction will start this year on the around $11 billion Sydney Metro – Western Sydney Airport rail, locking in thousands of jobs and providing a long-term economic boost to the Western Sydney and New South Wales economies[iii].

In Adelaide’s inner south-west, local property markets such as Kurralta Park are impacted by significant infrastructure projects such as the $383.5 million Torrens to Torrens road project and the massive $745.5 million Darlington Upgrade.

Despite recent restrictions on inspections and auctions, the inner south-west markets are steady because stock levels are low. At the same time, there are plenty of buyers seeking quality listings, according to Mr Cullen.

“The majority of the buying activity in Kurralta Park and surrounding suburbs is between $400,000 and $800,000 with first-time buyers and upgraders leading the charge.

“It’s fair to say that the major infrastructure projects are in the backs of the minds of many savvy buyers as these major road projects will also speed up the door-to-desk commutes to Adelaide CBD,” Mr Cullen added.

Angus Raine, Executive Chairman, Raine & Horne said, “Major infrastructure projects such as the Darlington Upgrade or the Sydney Metro – Western Sydney Airport are popular with buyers as they slash the time it takes for them to get from the front door of their homes to their desk each day,” said Mr Raine.

“Long commute times steal many hours a week from the lives of owner-occupiers and tenants, and generally speaking any infrastructure project that reduces commutes below the 1-hour door-to-desk sweet spot will add to a suburb’s appeal and increase property values.”

In Brisbane, Margaret Vote, Principal of Raine & Horne Wynnum Manly said there are more genuine buyers at open homes than before government restrictions were announced in March.

“We have more committed buyers and fewer tyre kickers now than three months ago, especially in the entry-level markets under $600,000.” For example, a quality three bedroom house at 220 Sibley Road, Wynnum West, which recently listed for low $500,000s isn’t expected to last for long.

Mrs Vote said, “It seems more first home buyers and downsizers have recalibrated after COVID-19 and a change of scenery into a new home is on the to-do list. Buyers aren’t jumping in, but they want to move where they want and have their families more settles.”

While Wynnum and Manly don’t have a lot of vacant land, any available blocks are now attracting more attention since the government announced the $25,000 HomeBuilder earlier in June, according to Mrs Vote.

“I’m feeling positive about the market and believe the next three months will be busy for buyers and vendors.” 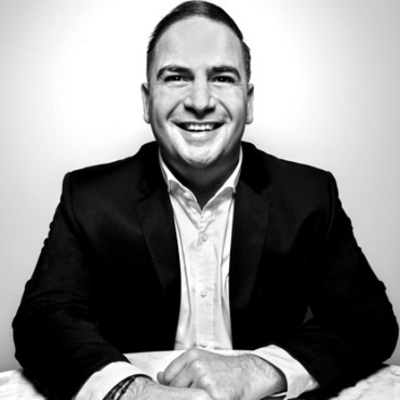 Next article
News & Media
Can I use Homebuilder to heat my home?
Related Articles