The Reserve Bank (RBA) cut interest rates again in July. The 25 basis point reduction brought us to an official cash rate of 1% - the lowest ever - and was the first time since 2012 the board has cut in consecutive months.

RBA Governor Philip Lowe hoped the move would boost employment growth and breathe some life into a slowing economy. However he acknowledged that a rate cut can only do so much before the government needed to add measures of its own.

For property, the obvious problem centres on lending. They can drop interest rates to stimulate the economy but that won’t work unless people can get into property.

People would borrow bucket loads if the banks would let them get it. Money has never been cheaper, but lenders are making it too hard.

They are putting an extra 1.5% on interest only loans and this has changed the landscape for investors. Overseas investors have gone and local investors are turning to the stock market because there is less hassle.

There is demand from first home buyers but they are also finding it hard to borrow. Mortgage brokers are telling borrowers not to use their credit cards for three months before applying for a loan because banks will go through their finances with a fine toothed comb and ask for an explanation if they see evidence of discretionary spending on credit.

The effect on the market? Official figures have seen home lending collapse to its worst levels since the GFC. Housing finance is down year on year by around 21 per cent, which is the worst result in a decade. 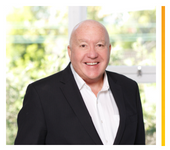 Published by Trevor Back