With more than half the year gone, the resurgence of Sydney’s Inner West markets continued in July on the back of the Sco Mo affect, with Newtown named the most in-demand suburb in Sydney, according to Duncan Gordon, Director, Raine & Horne Newtown.  “Ever since the election, it’s like a switch has gone on, in our real estate market. There were plenty looking at property however like all elections people were keen to see the outcome before committing to buying,” he said.

“Buyers were also waiting for the bottom of the market, and the election weekend now seems to represent the bottom in our local area. Throw in interest rate cuts, APRA relaxing its lending conditions, and people appear confident now is the time to buy.”

In recent times, some open homes were attracting upwards of 50 groups, with many buyers no longer prepared to take the ‘sit back and wait’ approach that typified the majority of the first half of 2019, noted Duncan.

A standout in the post-election weeks was the auction sale of a 4-bedroom terrace at 22 Pine Street Newtown for $2.75 million on 3 June. “Six months ago, there weren’t people in the marketplace for $2-$3 million properties,” said Duncan. “This property attracted 200 groups, we had 13 registered bidders, and a reserve price of $2.2 million.”

Newtown is not the only suburb enjoying success either, according to Duncan. “We have seen exceptional results in surrounding suburbs. Take, for example, our recent auction of a two bedroom apartment at 13/16-22 Australia Street, Camperdown that exceeded its reserve by $52,000.”

Another standout sale was achieved in Darlington with an unrenovated house at 42 Lander Street, delivering an extraordinary result under the hammer in the last weekend of June. 13 registered bidders pushed the price of this property $200,000 above its reserve. “We now have plenty of committed purchasers who are looking to buy as soon as possible,” he added.

For vendors, it’s worth noting the number of properties for sale in the Inner West is about 30% lower than the peak of the market three years ago. “We have all these buyers jumping off the fence, and therefore any properties on the market are getting all the attention. Subsequently, sales results can be much better than just a few short months ago.”

Duncan adds that given the surge in committed buyers combined with a shortage of stock, a July or August sale could be preferable to a spring sale. “By the time the spring market swings into action there will be more properties for sale distracting the attention of buyers.” 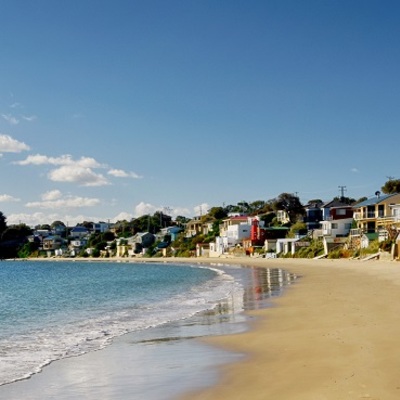