There’s no denying the Sydney property market is taking a breather with days-on-market for properties higher, and capital growth slowing markedly. However, Angus Raine, Executive Chairman says there are still pockets of growth and activity across the city.

“Most of the activity is being driven by, or the prospect of improved infrastructure,” Angus explained. “The second Sydney airport is a major plus for real estate activity in Western Sydney, while the northern corridor will continue to enjoy decent activity. On the North Shore, for example, savvy buyers are taking note of the development of the North Connex, which will ease traffic strains on Pennant Hills Road and the Pacific Highway and make the job of getting to work a lot easier.”

That said, across Sydney, a general level of buyer fatigue after more than five years of high-voltage activity, appears to be keeping buyers away from Saturday open homes, noted Angus. “However, real estate activity is critical to the Sydney economy, so we need to shake up the market.

He explains, “Real estate is a bit like musical chairs. The music has slowed, and the state government has to flick the switch to get buyers moving again.”

Angus believes tax breaks for empty-nesters stuck in oversized family homes could give the Sydney real estate its groove back.

“Because of the softening in the Sydney market, empty nesters will be reticent to move for fear of taking a financial hit, even though many have enjoyed as much as 60% growth to the value of their properties since 2012,” said Angus.

“There’s also the prospect of losing a sizeable slice of their retirement capital to the buying and selling costs involved in a downsizing transaction. For this reason, the NSW government should give empty nesters aged over 60 a break on the payment of stamp duty to help them downsize into a smaller or more affordable property in a prized regional market such as the Central Coast or South Coast, which are just a stone's throw away from Sydney thanks to improved transport infrastructure.

“A stamp duty break for empty-nesters will help shake the property tree and let the next generation enter the market.”

A recent report from the Real Estate Institute of Queensland is highly critical of the Queensland Government’s stamp duty cash grab that threatens the affordability of the state’s property markets.

According to the REIQ analysis of ABS data, the Queensland Government’s stamp duty revenues increased by $273 million from FY2016 to FY2017. In the last tax year, the state government coffers received $3.278 billion in stamp duty on conveyances, compared with $3.005 billion in FY2016.

This increase means more than 25% of the total taxation revenue in Queensland is coming from stamp duty on conveyances, according to REIQ.

Steve said the stamp duty breaks for first-time buyers should be extended and the first homeowner subsidy of $15,000 be made available to those buying an established home. “The fact is that most Queensland first home buyers choose to own an established property rather than build a home for themselves or land a property off-the-plan.”

As the weather in Perth cools, demand for properties priced above $750,000 is heating up, according to Craig Abbott, General Manager WA, Raine & Horne.

Craig noted: “The current strength of the property market above $750,000 is the opposite of the GFC period when the entry-level markets enjoyed increased buyer interest.

While demand for homes valued below $500,000 is improving, those properties on the market for between $500,000-$750,000 are selling slowly. This situation is fuelling calls for the WA government to extend the $10,000 first homeowners grant to established homes rather than just new properties, said Craig.

Meanwhile, savvy investors are sure to have taken note of the announcement by Golden Group that the long-awaited $3.8 billion Burswood Peninsula development beside the Belmont Park racecourse is set to start. “This is one of the biggest residential dwellings ever undertaken in Perth and will deliver 4,500 new residential apartments,” said Craig. “The massive project will include over 35 high-rise towers of 40 storeys or more.”

On the issue of investors, and expressly, those based overseas, the WA government recently reconfirmed it will introduce a new residential property tax for foreign buyers. The surcharge, which comes into effect on 1 January 2019, has increased to 7% from the initial 4% proposed. Craig commented, “There are very few foreign investors in the WA market, so this measure should have minimal impact on developments. It won’t be a gamechanger for our market.”

The fall in the number of properties for sale (listings) in Sydney and Melbourne will have a more significant impact on the Perth market. “I believe the process in Sydney will continue to go and force east coast investors to look to Perth,” said Craig. “Combine this renewed demand with jobs growth from the mining sector, and I believe will see some steady increase for the Perth market over the next year or so.

The $3.2 billion injections into WA infrastructure announced in this month’s Federal Budget will create jobs growth across the state. Craig said, “Jobs growth will translate into demand for real estate not only in Perth but regional centres such as Bunbury too.” A significant $560 million was set aside for the Bunbury Outer Ring Road in the recent Federal Budget.

The median property price in South Australia hit $470,000 at the end of March 2018, a new record for the state, according to research from the Valuer General’s Office.

“It is good news that the all-time median price record continues to be beaten from quarter to quarter,” said Alex Ouwens, President of the Real Estate Institute of South Australia (REISA). “Yet again has the South Australian real estate market upped the ante to post a sustainable and healthy median price.

“We are by far the most affordable and liveable city in Australia, so there are still great opportunities for first home buyers.”

Suburbs which have seen the most significant growth over a 12-month period were Norwood, North Haven, and Paradise. Other big movers included Tea Tree Gully, Melrose Park, and Port Willunga, according to REISA.

The Hobart real estate market continues to produce the most robust capital growth in Australia, with average annual returns of almost 13%. However, there is more!

Hobart and the rest of Tasmania will benefit from significant government infrastructure investments, according to Angus Raine, Executive Chairman Raine & Horne.

“Some property experts are making noises that Hobart real estate will reach the end of its extended growth surge by the end of the year,” said Angus. “Therefore, it was pleasing to see that $100 million was promised in the May budget for targeted road upgrades over the next few years including the Bass Highway to improve safety and efficiency of this major road.

“Improved infrastructure is not only good economic business it creates jobs, which attracts more workers. These extra workers will buy and rent properties, which is great news for Tasmanian real estate values longer-term.” The Federal Government has also allocated $100 million to Bridgewater Bridge Replacement over the next five years.

The announcement last month that the NT government has lifted the ban on hydraulic fracking under very strict conditions and in tightly prescribed areas, has come at a time when general confidence in the territory’s economy and real estate markets appear to be improving.

Glenn Grantham, General Manager, Raine & Horne Darwin explains, “Everyone is talking about what’s happening with fracking. Since the announcement, we’ve had a huge surge in demand for properties that are deemed by buyers to be ideal.”

For example, Raine & Horne Darwin took an elevated four bedroom tropical home in the prestigious suburb of Parap that is fully fenced on an 1100 square metre block to market.

Glenn noted that with a little TLC this property has the potential to be as prestige as it’s blue chip location. “The market responded accordingly with 30 groups reviewing the property at its first open for inspections. “Moreover, the interest in this quality Parap property resulted in five contracts taken by interested parties. We also had an offer prior to that was close to the asking price.”

While the timing of the fracking announcement could be responsible for some of the interest in Darwin real estate, improved buyer confidence is also having an impact.

“With fracking, the benefits of jobs growth won’t be realised for another 12 months,” Glenn noted.

“The announcement gives the Northern Territory confidence for the next 12 months. We’re already on track for a 400% better month in terms of enquiries and sales than April,” said Glenn. “Moreover, demand for land at Zuccoli Aspire has gone through the roof over the last 4 weeks with 35 contracts signed.”

The NT government is also coming through on some of its election promises with $1.45 billion pledge in the recent budget to infrastructure spending in 2018/19.

“The budget announcement has contributed to confidence as infrastructure spending will generate jobs, which is good news for real estate markets and values in Darwin.”

With the broader Melbourne market showing some signs that it’s beginning to settle, the city’s prestige market looks to be continuing its 2017 growth in the short to medium term outlook, according to the latest Month in Review from valuation firm Herron Todd White.

With the development of infrastructure and congestion on the roads, Melbourne residents are getting fed up with waiting times in traffic and want to live, increasingly, within an eight- to 10-kilometre radius of CBDs, according to the report.

Meanwhile, outside the city, the latest CoreLogic home value index revealed that Geelong is Australia’s best performing regional market. Geelong is growing at 9.8% annually, while Ballarat is also performing solidly with growth of 6.0%.

Interestingly, like Melbourne, the prestige property market in the Ballarat area is one to watch noted Herron Todd White. According to the valuation firm’s monthly report, “The prestige market in the area probably kicks in around the $1 million-dollar mark, but things start to get interesting [with the market] north of about $1.5 million."  Prestige markets in Ballarat Central, Lake Wendouree, and Invermay, Soldiers Hill, Newington, and Buninyong are attracting buyer interest according to the valuer. 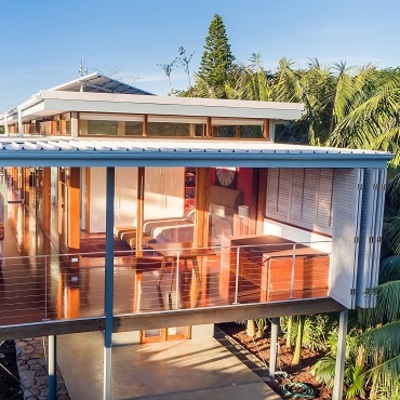 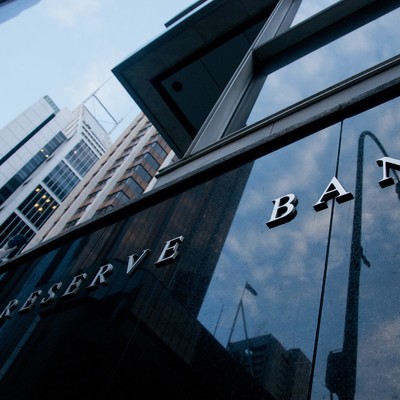