Christmas is a peak time for thieves, and in the excitement of planning for the holiday season, it’s easy for homeowners to overlook their property’s security.

In 2017, there were 176,153 incidents of unlawful entry with intent in Australia in 2017, according to the Australian Bureau of Statistics (ABS)[i], with residential break-ins representing 72% of burglaries.

Tasmania had the highest proportion of property being taken (77% or 2,537 victims) while the Northern Territory had the lowest (48% or 2,005 victims).

“Begin by guaranteeing your doors have high-quality locks, particularly deadlocks, and that the windows have keyed locks or security grilles,” Mr Raine said.

“If your property has sliding doors or windows, a simple metal or wooden rod wedged in the cavity can prevent intruders opening them from the outside.”

Installing a security alarm that can start from around $300 to install is another home safety tip worth considering this Christmas.

Mr Raine warned, “If you install an alarm be sure to lock up the power box to prevent tampering with alarm systems and lights, and ensure gates are locked and gaps in the fences are repaired.

The impression that your house is occupied is another simple deterrent. “This typically means leaving blinds or curtains in normal positions, while a sensor light that flicks on when somebody approaches can help fend off aspiring intruders,” said Mr Raine.

“I’d suggest setting a timer to switch on your lights and a radio or television at varying times of the day, while hanging some old clothes on the line and leaving a pair of shoes at the front door can also leave potential intruders with the impression your property is occupied.

“If you still have a landline phone, be sure to turn down the ringtone, so thieves don’t know you’re on a break. Or better still pay a cost to the telephone company to have your phone calls diverted to your mobile phone.”

Suspending newspaper or magazine subscriptions is another way to foil those with criminal intent during the holiday season.

“Ask your neighbours to collect the free local newspapers and your mail, and if possible, park a car in your driveway and put your rubbish out for collection. Even just a few of these steps should be enough to keep your home relatively safe this Christmas.”

Breakout: Your property and possessions can be secured all year round by following these steps: 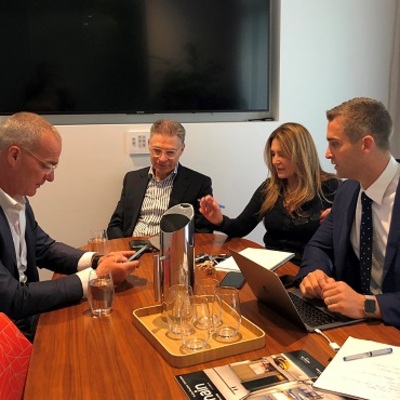