The Australian banking watchdog APRA’s proposal this week to remove the current interest rate floor on home mortgages will prove a massive boon for Western Australian first home buyers seeking to buy in commuter hotspots such as Baldivis and Rockingham to the south of Perth, said Paul Curran, Principal of Raine & Horne Rockingham.

The APRA move follows hot on the heels of the election week promise by the Federal Government to introduce a scheme aimed at making it easier for first-time buyers to save for a first home.

Currently, lenders are required by APRA to assess whether borrowers can afford their monthly repayments using a minimum interest rate of 7%. The banks all use a minimum rate of 7.25%. The regulator introduced this guidance as part of a suite of measures designed to reinforce sound residential lending standards at the height of the property market in 2014.

The regulator is proposing to allow banks to set their lending floor, provided they allow a 2.5% buffer on the current interest rate as part of their serviceability calculations. APRA Chair Wayne Byres said, “With interest rates at record lows, and likely to remain at historically low levels for some time, the gap between the 7% floor and actual rates paid has become quite broad in some cases – possibly unnecessarily so[i]. For instance, it’s possible to find variable rate home loans from 3.59%.

For many first home buyers, the move is likely to boost their borrowing power significantly, said Paul. “Throw in the First Home Loan Deposit Scheme announced in the last week of the Federal Election campaign by the government and the prospect of an interest rate cut, and markets such as Baldivis and the wider Rockingham area are set for plenty of first-timer activity.”

The First Home Loan Deposit Scheme, which was backed by the Opposition, is aimed at first-time buyers struggling to piece together a 20% deposit. In turn, they will be allowed to apply for a home loan with a deposit of just 5%. Moreover, first-time buyers won’t be required to pay Lender’s Mortgage Insurance, which adds many thousands of dollars to an average first loan, said Paul. “Many first home buyers wouldn’t have understood that LMI didn’t cover them in the situation they defaulted. Rather it covers the lenders and the premiums are horrendous.”

Paul added, “Throw in the WA Government’s $10,000 First Home Buyers Grant for first-timers buying or building a new house, a June interest rate cut coupled to our region’s real estate affordability and there’s never been a better time to snap up a property in popular first home buyer hotspots such as Baldivis and the wider Rockingham local government area.”

The prospects for some of WA’s coastal markets are also looking positive, said Craig Abbott, General Manager, Raine & Horne. “The lower Australian dollar against the US Greenback has not only been able to significantly bolster the values of WA exports but will also make our real estate markets more attractive to overseas buyers and Australian expatriate workers.

“We are also seeing a gradual increase in workers moving to WA to fill skills gaps and the immigration inflow will bolster sales and rental markets in the capital.”

While some experts are tipping the Perth market will begin to rebound in early 2020, Craig said there are already signs of better conditions. “We are seeing some positive indicators such as falling rental vacancies down to 2.8% the lowest in many years and falling listings,” he said.

“Coastal locations such as Bunbury and Rockingham are set to bounce, as well as canal properties in Mandurah where quality houses from $600,000 offer excellent value.” 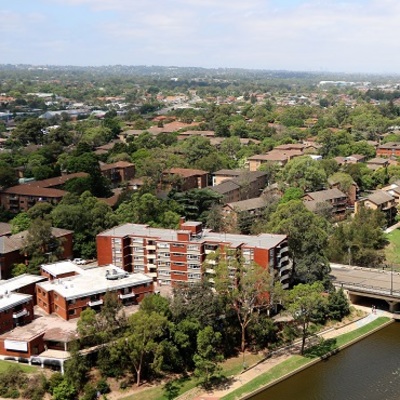