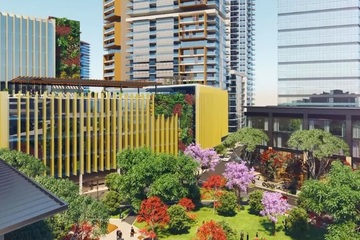 Blacktown Council has officially called for expressions of interest to find a partnering university for its new campus.

If realised, the Blacktown's university would be located in the Warrick Lane precinct, transforming the area into an education, residential and retail hub.

The calls for a new university comes amid rapid population growth and an estimated 54,000 higher education students living within 30 minutes of Blacktown.

The educational hub would cater to the 18,000 university students living in Blacktown in the heart of Western Sydney Innovation Corridor.

It would also be well connected by rail and road and strategically positioned for millions of people in emerging growth areas.

“By 2036 half of Sydney’s population will live in Western Sydney and yet today we only have 18 per cent of university places in the Greater Sydney region,” Blacktown mayor Stephen Bali said.

“A university campus in Blacktown is obviously needed, but for it to be successful it will have to collaborate with Council, our community and local businesses so it can meet the needs of our diverse community.”

It is understood that the project has already attracted interest from several reputable institutions during preliminary talks.

“The EOI process ensures there is proper governance in place and that all potential University partners are treated in a fair and equitable way,” Bali said.

Local businesses have also rallied around the potential new university with Greater Blacktown Business Chamber, Vitex, and Sydney Business Park, all agreeing to partner Blacktown City Council in moving forward with the concept.

Tender documents were submitted September 5 with applications to close on December 5.

The council expects to announce the successful bid in early 2019.

The university will neatly fall in with the Coalition's $20 billion plan to transform Western Sydney into an economic powerhouse replete with an airport city, aerospace institute and North-South rail link.

For a confidential discussion about the future of Western Sydney, contact our office on 02 9635 4788.