“One of my remotest cattle clients is six hours from my Julia Creek office, yet I can be there in 75 minutes in the RV-7A,” said Mr Pollock. 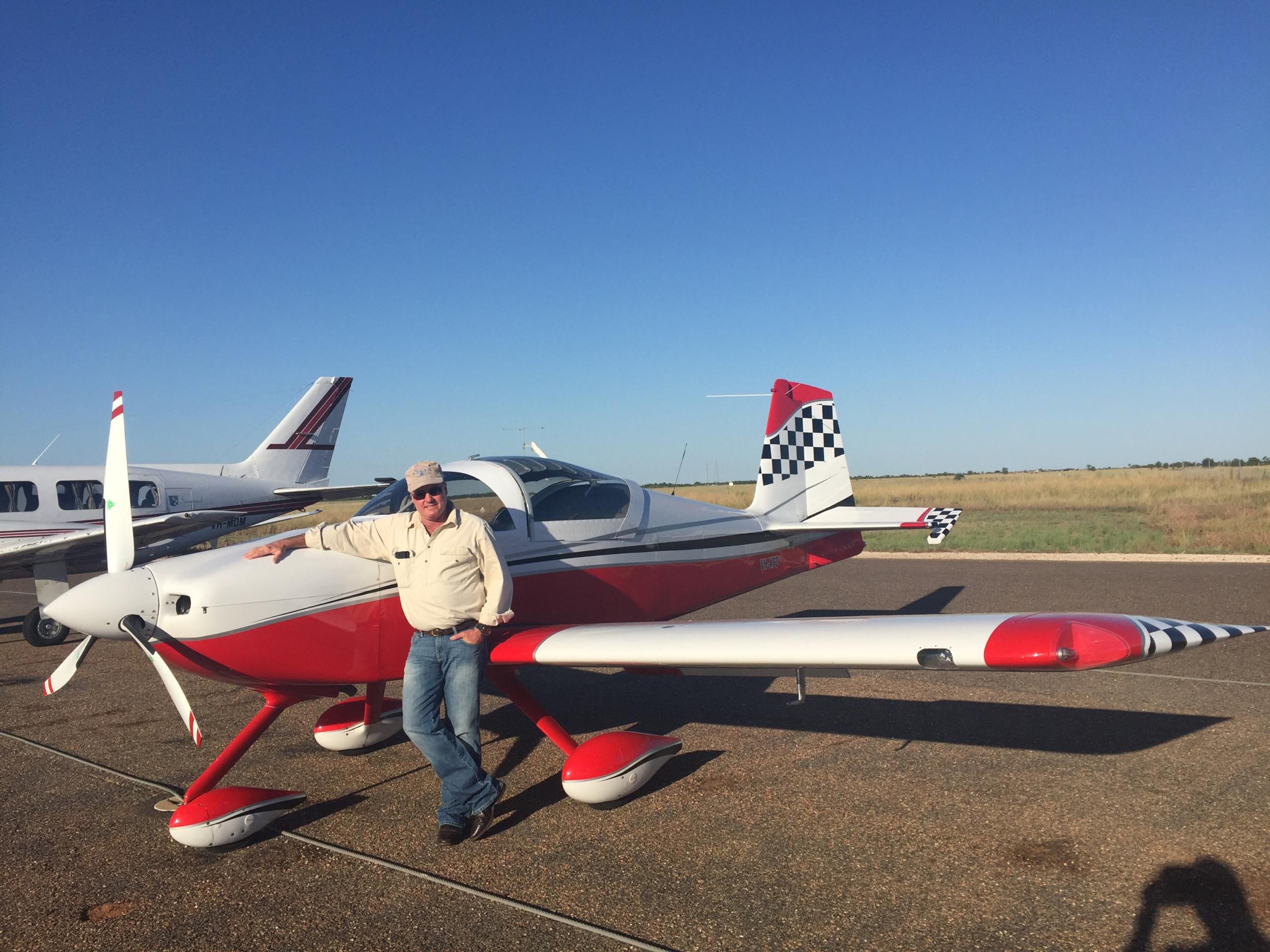 “Even with this time saving, the travelling is significantly more than for a residential agent in a capital city, who might be a maximum of 15 minutes by car to a sales listing. I’m still in the air about 300 hours a year or about 12.5 days annually.

“Without the plane it would be closer to 1800 hours or 2.5 months of car commuting to cover my vast territory. That said, our buyers usually have a strong interest in the property, so the travelling distance is part and parcel of making a rural sale.”

Mr Pollock, who specialises in marketing a vast range of rural properties from citrus farms to beef and wool investments, says rural real estate in Northern Australia is a vastly different proposition to listing a house in Sydney or Melbourne.

“If a buyer is interested in a significant rural listing, there’s an expectation that an agent like me will pull out all stops to get them to the property for an inspection,” said Mr Pollock.

“We fly many of our buying prospects in the RV-7A from Cairns and Townsville for inspections. If they’re prepared to spend millions, they expect this level of service from an agent,” said Mr Pollock.

Fortunately, many of the properties Mr Pollock represents offer a Royal Flying Doctor rated airstrip, however it’s not all smooth flying.

“We don’t have too many problems landing on airstrips, except last week, when an errant ant bed put a dent in the wing of the RV-7A,” said Mr Pollock.

“The plane is still air-worthy though – we’re just waiting on a new part from the United States,” says Mr Pollock.

“It’s a very fast plane to fly and economical to run.”

“The corporate market is represented by assets valued over $40 million and there is a private investor market, where properties are selling for between $1.5 million and $8 million,” he says.

“The property comes with 17 dams, 5 bores, 5 main paddocks, 4 holding paddocks and a 5km laneway system. It has near new barbed wire fencing, which is shock proofed,” said Mr Pollock.

Fully watered, the property offers steel and cable yards with an excellent sprinkler system, with a double deck loading ramp, a new undercover branding area, vet crush and a fully reconditioned dip and drain pen, which is capable of working approximately 1000 head. It also has 2 large coolers.

“Ooralat is within an hour of registered cattle sales and 2.5 hours from all major services at Atherton, so isolation isn’t a problem,” said Mr Pollock.

“This is a cost effective, drought proof, easily managed property, experiencing an excellent season and an abundance of feed, and will appeal to owner-occupiers and private investors.”

Mr Pollock said the doubling in beef prices over the last six months is creating a paradox for those seeking a property in Northern Australia.

“Many of the properties are either understocked or bare and this means buyers now have to pay $1,000 for a breeding cow, whereas it was $500 a head just 12 months ago,” he says.

“You might be buying a $6 million dollar property and then spend millions more to stock it.

“This is why Ooralat is set to appeal as it comes with 650 breeding female cattle, which will pique the interest of investors and owner-occupiers.”