Aristotle is currently placed in the top 1% of all real estate sales people within the Raine and Horne franchise with a ranking in the top 10 out of 1230 sales people nationally. This is an amazing achievement considering his fellow colleagues are from such offices as Double Bay, Palm Beach, Gold Coast and numerous other high profile locations around Australia. At the NSW State awards in February 2018, Aristotle won membership into the elite Platinum Chairman's Club reserved only for the top 1% of salespeople in the state ranking him 2nd in all of NSW for the number of properties sold.

Aristotle began his career in Real Estate in the Blue Mountains and has a wealth of real estate experience spanning over 23 years.

He was Sales Manager of two very successful leading Real Estate offices which under his leadership were the top Country offices in his franchise between 2000 and 2004.

Having also successfully operated one of Batemans Bay premier  restaurants and having worked as a Senior Account Manager for a large multinational company in Canberra, Aristotle brings to Raine & Horne Batemans Bay a talent and service rarely provided in other Batemans Bay agencies.

“ Ari is the only Real Estate Agent that I have come across, that actually delivers what he promises. He was very knowledgeable, returned calls within a matter of hours, and made the experience a good one. I highly recommend Ari to sell your home too!! ”

“ My husband and I worked with Aristotle to sell our home and really can’t say enough good things about him. He is knowledgeable, approachable, personable, endlessly patient, and incredibly generous with his time (including mornings, evenings, and weekends over the course of a couple months). He answered every question and explained every form and every part of the process clearly and thoroughly. Selling a home in this market is challenging, but working with Aristotle made it as painless and straightforward as possible and he had our property sold in four weeks. We highly recommend him. ”

“ We would like to take this opportunity to thank Aristotle Stavros for his outstanding professionalism, skill and service in securing our recent purchase. Ari was patient, sincere and courteous at all stages of the process, keeping us fully informed in a calm and competent manner. We were able to have confidence in Ari and the process, thus avoiding undue stress. Ari clearly takes great pride in his work, and this is evident in the commitment and dedication he shows to his customers’ particular needs. We are very happy with the purchase of our new home, and grateful to have benefited from Ari’s expertise in achieving such a positive outcome for us. We would not hesitate in recommending him as an agent for family, friends and acquaintances. ”

“ We had the pleasure of meeting Ari by chance! He told us about a property that may suit us, however, not on market as yet! The second I saw it, I knew we had to have it! Ari was a fabulous go between the current owners and us. It really was such a lovely experience, almost too easy! We found Ari to be "on the ball", with super fast communication, and it didn't matter how stupid our questions were, he answered to the best of his ability, and was honest to the core! Thank you for making our purchase a smooth, easy and enjoyable experience. ” 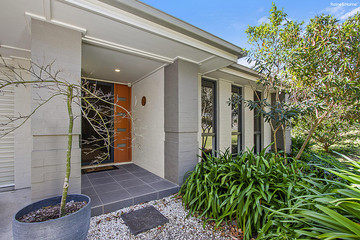