Big price jump for some industrial properties as the Hunter sees strong results across all property sectors, says Raine & Horne

Big price jump for some industrial properties as the Hunter sees strong results across all property sectors, says Raine & Horne 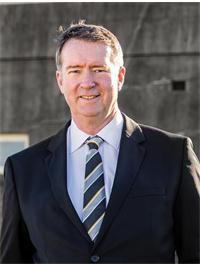 Data show that prices for owner-occupied industrial strata units increased by more than 15% from September 2016 to March 2017. Mr Dick cited a combination of factors for the jump in values.

“Meanwhile, we’ve seen the rise of self-managed super funds, which are seeking investment opportunities. As they acquire industrial units, they’re driving up demand, and with limited new developments in the pipeline, we’re seeing prices push higher.”

Vacancy rates in the industrial property sector are lower than this time last year, which Mr Dick says is reflected in the regions lower unemployment levels.

Looking at the broader commercial property market, much of the activity has essentially been a “shuffling of the decks”, as existing tenants relocate within the area.

“As predicted, tenants are looking for quality space on the edge of the city to avoid the looming light rail disruption.

All sectors of the property market in Newcastle and the Hunter have recently seen strong results and improving prices, according to Mr Dick.

“This is in part due to the state of the local economy, with very low unemployment, increased spending by the coal companies and growth in sectors such as health services,” Mr Dick said.