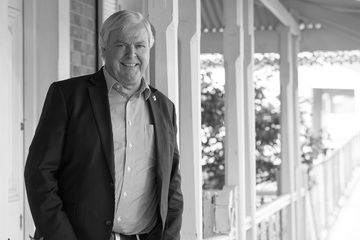 Adelaide, SA (3 June 2018) The announcement by the Federal Government in this month’s budget of the $220 million for the electrification of the Gawler Line[i] will stimulate property markets in northern Adelaide, according to Chris Weston, Principal of Raine & Horne Gawler and Raine & Horne Two Wells.

“Many people from the Barossa Valley and the border region will travel via the train from Gawler. The trainline brings these two regions closer to Adelaide ,” said Mr Weston, who is also a principal of Raine & Horne Mount Barker and Raine & Horne Oakbank.

“Also, people living closer to Adelaide will appreciate this announcement as a great reason to move to Gawler and surrounding areas, as it’s a beautiful place to live – and yet still close to Adelaide.”

This project is creating 480 full-time equivalent jobs annually during the construction phase, with at least 50% of all jobs filled by northern suburbs residents.

In the medium term, Mr Weston believes that the construction of major road and railway infrastructure will produce around 8-10% in annual capital growth for properties located in Gawler and surrounding suburbs such as Balaklava, Blakeview and Two Wells.

“There’s already been some interest from Victorian, NSW and Queensland investors for house and land packages around Gawler and surrounding areas,” Mr Weston said.

“It’s possible to buy brand new house and land packages of up to 1000 square metres for around $400,000 in the Gawler region, which is very affordable.

“In turn, new properties in this region will ultimately produce yields around 5% as more tenants discover the beauty of the region and the prospect of a faster commute to jobs in Adelaide or the Barossa.”

For all your real estate sales and property management needs in Gawler and surrounding suburbs, please contact Raine & Horne Gawler on 08 8522 2233.