“The house at 5 Helena Road, Cecil Hills sold under the hammer for $900,000 after vigorous bidding,” said listing agent Sam Ruisi Co-Principal of Raine & Horne Wetherill Park. “Our $18,000 commission will be added to the proceeds of Bear Cottage’s Superhero’s Week, which is aiming to raise $200,000 for the self-funded charity.” Auctioneer Rob Trovato from Auction Services raised an additional $350 by selling under the hammer a Super Heroes Teddy Bear to a generous Cecil Hills resident. Mr Trovato donated his time to the charity auction for free.

“The charity auction attracted around 50 onlookers, some of whom took part in the teddy bear auction,” said Mr Ruisi.

Liverpool Mayor Wendy Waller and members of the Bear Cottage staff attended the auction that had a range of activities for children such as face painting.

“We decided to support Bear Cottage because we enjoy working with children, so whenever we do charity work, this is the type of organisation we like to align with,” said Natalie Rutonski, Co-Principal, Raine & Horne Wetherill Park.

“One of our suppliers recently lost his son who had been supported by Bear Cottage. This story inspired us to provide support to families who have been directly affected by the loss of a child or sibling.

“We will continue to work with Bear Cottage and participate in any events they may have coming up and members of the public can log onto the Bear Cottage website and make personal donations to the wonderful cause.”

“Support from businesses such as Raine & Horne Wetherill Park is so important because Bear Cottage was built from funds provided by the community and we continue to rely on community support to keep our doors open,” said Ms Simmons.

“We wouldn’t be able to provide paediatric palliative care to our patients and support to their families without the support of the likes of Raine & Horne Wetherill Park. We’re the only children’s hospice in NSW, so this support is vitally important. 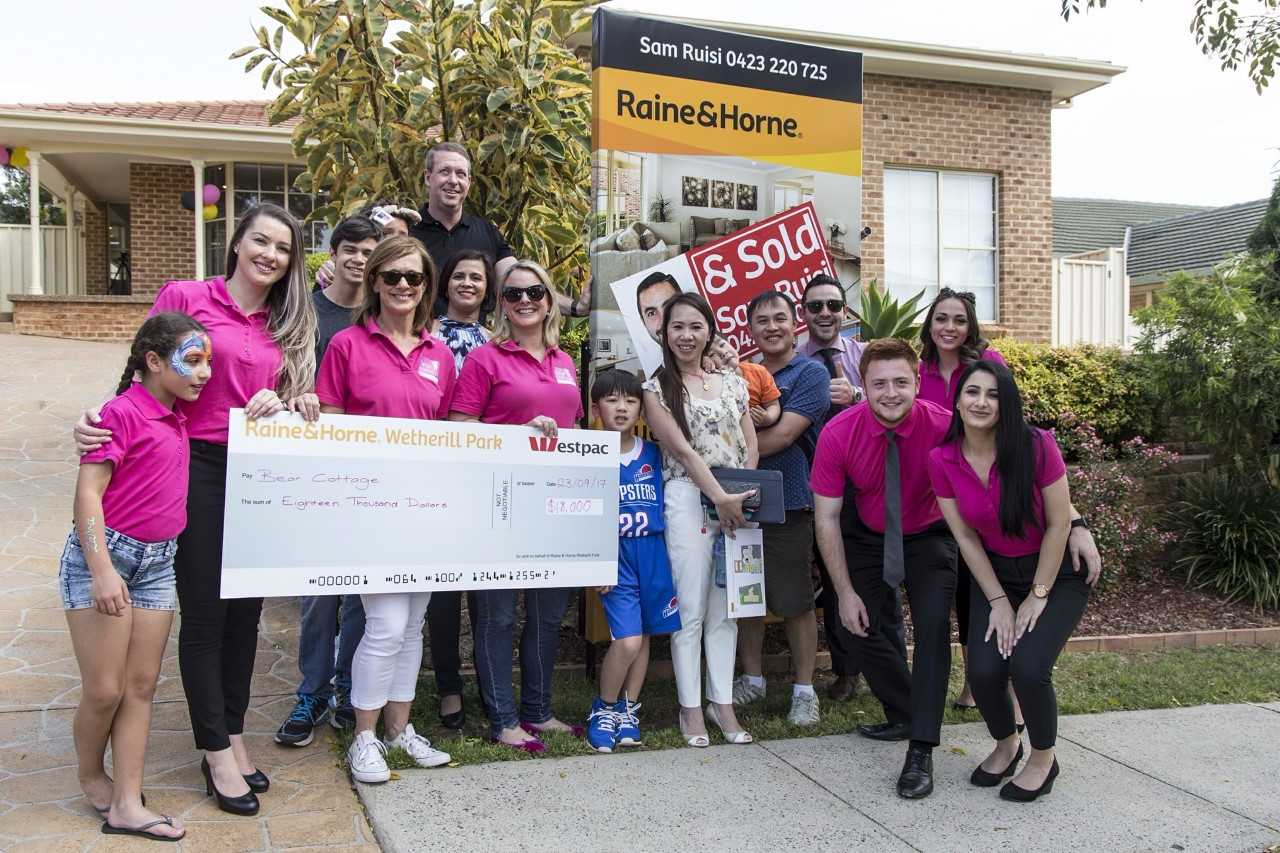