The falling Australian dollar is proving a challenge for imported car sales and online shopping, however it’s setting up some of Australia’s favourite holiday destinations for a bumper Christmas holiday season, according to leading real estate group Raine & Horne.

On the Gold Coast, Raine & Horne Surfers Paradise is reporting that 95% of its holiday apartments on the popular tourist strip, where two-bedroom apartments start from $400 a night during the peak Christmas period from 24 December to 2 January, have already been booked for the summer holidays.

“The cheaper dollar, coupled with twice-weekly Jetstar flights from Wuhan, China, which are set to bring 70,000 Chinese tourists to the Gold Coast, is also having an impact on Christmas holiday bookings.”

The first flights from Wuhan landed at Gold Coast Airport in late September and there are reports that Jetstar is considering direct flights from Hong Kong to the Queensland holiday mecca.

“The Wuhan flights are great for the Christmas holiday market but will also bring plenty of potential real estate investors to the Gold Coast,” said Mr Brackenridge.

On the Far North Coast of NSW, occupancy rates in the popular coastal hamlet of Yamba are running at 90% for the Christmas week and the “no vacancy signs” are up for the New Year week period, according to Raine & Horne Yamba.

“From the middle of January we drop down to about 70%, which is still stronger than last year,” said Bec James, Holiday Lettings Manager, Raine & Horne Yamba.

Yamba has enjoyed some good publicity in recent years with the Australian Traveller Magazine voting it the number one tourist town in 2009 and 2013.

“Improved infrastructure between Yamba and destinations such as Sydney and the Gold Coast is also encouraging more people to take a summer break here this Christmas.” 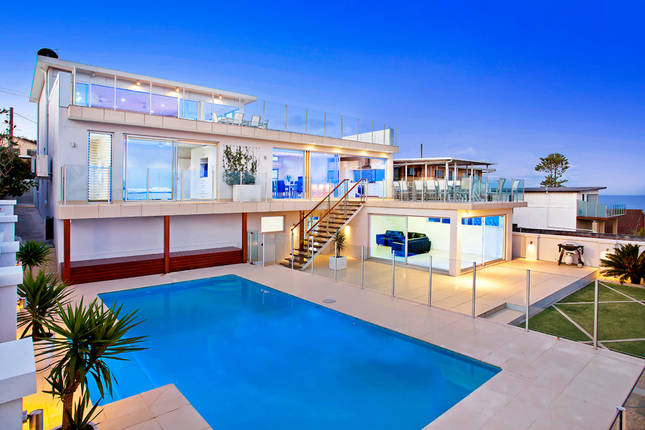 On the NSW Central Coast, Brett Hunter, General Manager of Raine & Horne Terrigal/Avoca Beach, says bookings for the summer holidays are slightly lower than the same time in 2014.

“We also had slower bookings in the lead up to the October long weekend, yet we ended up enjoying 100% occupancy rates. Many Sydneysiders are so busy with work and family commitments that they’re increasingly leaving the task of booking a vacation to the last minute,” said Mr Hunter.

“The good news is that we still have some great holiday properties available for the summer break for those who take the time to get in early.”

An entry-level two bedroom apartment in Avoca and Terrigal without views will set a family back about $2,500 for the Christmas/New Year period, according to Mr Hunter.

“If you want an apartment with views of the beach, expect to pay closer to $4,000 during the peak Christmas and New Year weeks,” he said.

However at the luxury end of the holiday market, Limelight, a lavish 5-bedroom house on Wamberal Beach, has already been leased for the Christmas week at a rate of $10,000.

“Limelight is an ultra-modern, north facing property that comes with a resort style pool and ocean views, and is already fully booked for the Christmas period,” said Mr Hunter.

On the NSW South Coast at Mollymook and Milton, occupancy rates for holiday lettings are already nudging 95%.

“We are doing much better than last year and it’s fair to say the Australian dollar has had an impact in encouraging more Australians to take a beach holiday at home,” said Lynn Brook, Holiday Lettings Manager, Raine & Horne Mollymook/Milton.

In the Mollymook and Milton region, Christmas holiday lettings range from $1,500 to $7,500 a week.

“Holidaymakers will pay $1,500 for small two bedroom apartments at Mollymook and Narrawallee beaches, which are patrolled,” said Ms Brook.

At the other end of the spectrum, a five bedroom, three bathroom property with a swimming pool and great views of Mollymook Beach at 220 Mitchell Parade, Mollymook will rent for $7,500 a week at Christmas time.