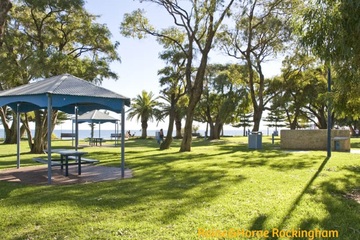 “We predicted in December 2017 that as the resources sector reasserts itself, those specialists who have been underemployed in Perth for the last few years, will begin to return to full-time employment and this confidence will translate to real estate activity,” said Paul Curran, Principal of Raine & Horne Rockingham.

“On cue, the rental market in Baldivis is enjoying a remarkable surge, with almost 250 tenant contracts signed over the last three months,” noted Mr Curran. “This time last year, rental property turnover in Baldivis was less than 20 per month.”

Previously underemployed mining specialists are driving a significant amount of the rental activity. These include boilermakers, welders and project managers, who have decided they want more space from their rental accommodation, noted Mr Curran.

“Those shifting to Baldivis from overseas are still from traditional destinations such as the UK, but there are plenty of new arrivals from African countries such as Tanzania, Ethiopia, Somalia, South Africa and the Indian subcontinent.

“They have completed their research and established that the mines are on the cusp of a construction surge. However, they have also recognised that renting a decent house in a Perth suburb such as Baldivis is very affordable.

An average three-bedroom house in Baldivis rents for $340 a week, according to Raine & Horne Rockingham Beach.

“Perth’s rental affordability stands out like a sore thumb to those considering a move to Australia, and this fact is driving up rental demand and vacancy rates down,” explained Mr Curran.

Other favourite rental hotspots in the City of Rockingham include Rockingham and Safety Bay.

For all sales and property management enquiries in the City of Rockingham and surrounding areas contact Raine & Horne Rockingham on 02 4390 9800.