By Tim Brown, Manager Our Broker

The media was abuzz this week with news ASIC wants lenders to ask their home loan customers to prove they can save money and afford loans by sending their children to public schools or cancelling their Netflix subscriptions.

The news follows research released recently by San Remo, which revealed over 1 in 5 Australians are purchasing takeaway every week, with the rise of delivery services such as UberEATS making it easier than ever to order food, at the touch of a button. The average Australian spends $23.70 on a takeaway meal, which equates to over $1,200 a year for those purchasing weekly, according to the pasta company. This rises to $36.20 for families with children aged between three and 12[i].

In early December, ASIC released new responsible lending guidelines that aim to clarify the obligations of lenders after some baffling messages emerged in August when a Federal Court judge threw out the financial regulator’s landmark lending case against Westpac. At the time the judge argued borrowers could meet loan repayments by sacrificing their “Wagyu beef and the finest shiraz” for much more modest fare.

Financial Rights CEO Karen Cox, robustly responded: “To suggest that borrowers ditch wagyu steaks and shiraz for cheaper food really is out of touch with the realities faced by most Australians.”

I’m not here to debate the nutritional regimes of Australians. Still, ASIC should focus on managing more significant risks such as a lender’s capital adequacy, transparency around fees and charges, and so on, rather than involving themselves in the nitty-gritty of loan decisions for Mr and Mrs Jones. The lenders are entrusted with ensuring borrowers can repay mortgages, and they aren’t in the business of losing money through bad loans.

Look, there is always a risk when it comes to evaluating a borrower’s ability to make loan repayments today and, in the future – and the possible outcomes should circumstance change due to a job loss or sickness. However, lenders can use higher and lower interest rates to reflect a borrower’s profile. Giving money to people who can’t afford to make repayments is not in anyone’s best interests.

Regrettably, borrowers can hide information from lenders, which can present access to loans beyond their repayment capacity. This predicament is no one’s fault but the borrower!

Regardless of whether you need to weigh up the cost of ordering a steak at a bowling club, a harbourside noshery, or from UberEATS, a broker can help you determine whether you have some financial red flags, which may inhibit your eligibility for a mortgage.

For example, the banks assess credit card debt based on the card’s limit rather than the outstanding balance. So, you might not have an outstanding liability on the card, but the lender will calculate the financial risk based on the limit whether it’s $2,000, $5,000, $10,000 or whatever. In this instance, you might need to reduce the limit or cancel the card altogether.

With the help of a budget, a broker can help you examine your expenses and consider ways to trim discretionary spending. An account with a gambling agency, for example, is a major red flag for lenders and should be closed off immediately. Cutting costs may also involve decreasing the number of times a week you eat out or use UberEATS or by switching to a cut-rate pay-tv or movie subscription service.

To discuss your borrowing needs with a finance specialist, contact Our Broker today on 02 8232 032. 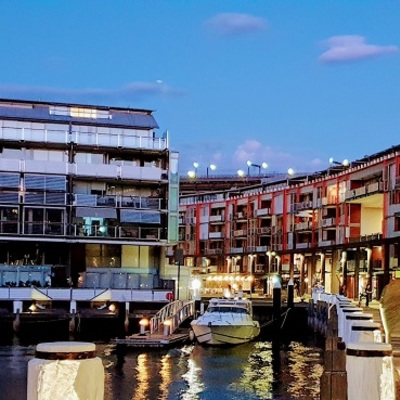