Infrastructure spending will be central to driving real estate markets in Adelaide and regional South Australia in 2019, according to leading real estate group, Raine & Horne.

“Everywhere you turn or look, you see projects and buildings that will shape the landscape for years to come. The great thing is that it’s not just one project in one location,” said James Trimble, General Manager SA, Raine & Horne. “For this reason, investors and owner-occupiers have plenty of reasons to be confident about real estate markets in South Australia in 2019.”

Mr Trimble continues, “There is so much positivity around infrastructure spending. For example, the SA government is building the $528 million Adelaide Women's Hospital that is right next door to the new Royal Adelaide Hospital (RAH).

“This massive infrastructure injection is another plus for Adelaide and will flow through to real estate values.”

Likewise, Adelaide Airport is expanding its main terminal to significantly upgrade international arrivals and departures and create more retail and dining options for both domestic and international travellers. The budget for the expansion is $165 million and will increase the size of the terminal by 80%, notes Mr Trimble.

“There’s no longer a situation where residents of Adelaide must settle for second best infrastructure,” says James.

“South Australia is 20% larger than NSW geographically but has a population of 1.677 million compared to 7.544 million. We don’t have traffic snags but have a steady and stable economy.

“This state can spend money on infrastructure for the benefit of the economy rather than as a kneejerk reaction as we’re seeing with the outcry over stadia in other states.

“We know we need to invest in infrastructure to improve growth, population and income metrics. But we are investing in positive infrastructure such as hospitals and airport improvements.”

Kate Smith, Principal of Raine & Horne Semaphore, said tens of billions of dollars in defence projects will underpin the Port Adelaide property markets in 2019 and beyond. These projects include the Future Submarines program which is expected to start in 2022. This project is in addition to the $35 billion Future Frigates project, which is anticipated to create 1,000 new jobs.

“The frigate and submarine projects are massive for the port and its surrounding suburbs with 1,000s of new jobs to be created,” says Ms Smith. “These workers will buy and rent in the extended Semaphore area which sits directly adjacent to the Port.”

While Ms Smith says Semaphore has enjoyed a surge in property values in recent years, it will be the nearby undervalued suburbs such as Exeter, Glanville, Birkenhead, and Peterhead that will enjoy the most benefit from the ship and submarine building.

“Moreover, these suburbs are closer to the Port and it’s expected that over the next few years, values will grow at average of 5% annually.”

Steady as she goes for northern suburbs property in 2019

Andrew Harvey, Principal of Raine & Horne Salisbury says that 2018 was a solid year for real estate markets in Adelaide’s north.

Mr Harvey said several factors in combination would drive real estate values in 2019. “The closure of the Holden manufacturing plant has not presented the challenges many experts predicted,” he says.

“This is because other manufacturers and businesses have moved onto the site and are creating jobs.”

The median house price in Salisbury is around $300,000, a price point that attracts investors and first-time buyers, according to Mr Harvey, who predicts Salisbury and Parafield Gardens will be buyer hotspots in 2019.

He adds, “Given the entry-level nature of our market, it’d be nice if the banks could loosen the lending shackles in 2019. With yields of 4-5%, suburbs in northern Adelaide are attractive to investors.”

In the Adelaide Hills, the town of Strathalbyn will continue to benefit from ongoing investment in Mount Barker.

“Consequently, the Mount Barker township is transitioning from a town of 10,000 five years ago to 35,000 in the future and is expected to be South Australia’s second biggest city. This growth is creating jobs for people living in Strathalbyn, which is a good result for the local economy and real estate markets.”

In the shorter-term, markets in the Adelaide Hills began to pick up in November, as more South Australians realised local market conditions were very different to Sydney and Melbourne.

“A late-year rally of listings is unusual, but it means market conditions in the Adelaide Hills are shaping up well for early 2019,” notes Mr Dawe.

“We are not the same as Sydney and Melbourne and all the negative house price data doesn’t apply in Adelaide where were have a stable house market with small percentage increases consistently from one year to the next.

“If the banks loosen the lending requirements as we move further away from the fall-out from the banking royal commission, this action will also underpin some price growth in 2019.” 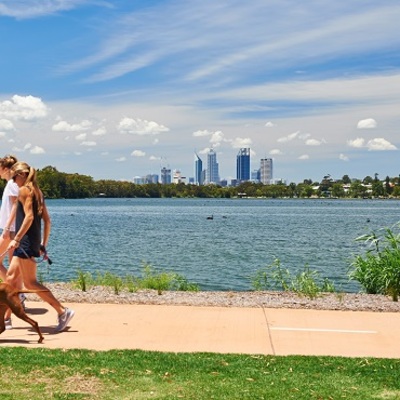 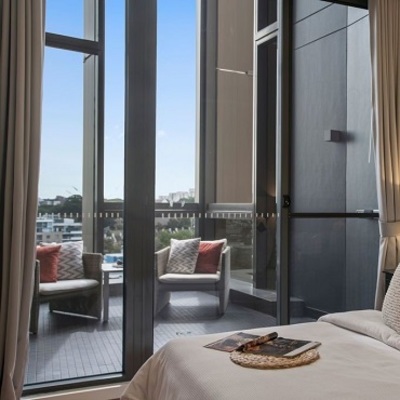