The combination of fresh air, country lifestyles and the rollout of the NBN are making green and sea changes possible for many more city slickers, according to leading real estate group Raine & Horne.

“The NBN rollout has occurred at precisely the right time. It means more Australian can keep their city-based jobs but move to regional centres to take advantage of real estate affordability and lifestyle benefits.”

Mr Raine continued, “If you are seeking a green or sea change, look for regional centres which have diverse economies with plenty of employment opportunities and excellent infrastructure to ensure you purchase a property with robust long-term capital growth prospects.

“Demand from Sydney is huge right now, and we don’t have enough stock to sell to these buyers,” said David Fagan, Principal of Raine & Horne Cowra. “We have demand for a broad range of properties from houses in town priced from $180,000 to lifestyle acreages.”

The 4-hour door-to-desk commute to Sydney is no longer prohibitive for those with jobs located in the city, Mr Fagan noted. “People can work online from home in Cowra and visit the head office in Sydney for one day a fortnight for face-to-face meetings.”

Moreover, it’s not only buyers from Sydney considering a property in Cowra. Mr Fagan recently sold a 12-acre parcel at 4 Wood Street, Wyangala to a professional couple from Darwin for $300,000, sight unseen. “We used virtual tour technology and Skype to showcase the property to the couple,” he said.

This sale is significant, as the dam is a crucial piece in Cowra’s economic and infrastructure puzzle. In 2019, the NSW government announced a $650 million expansion project that will increase the dam’s storage by 53% and create work for hundreds of workers over the next four years, according to Mr Fagan.

“A new hospital will soon be built in Cowra, which will create jobs in the town,” he added. Other significant employers include the Department of Agriculture and equipment manufacturer K-Line which exports a large number of farm machines to the massive US agriculture sector. Also, meat processor Breakout River, which includes brands such as Cowra Lamb, Watervale Beef and Chiverton Pork operates from Cowra and employs over 100 workers.

“We have a strong economy, plenty of restaurants and cafes, retail, as well as negligible crime rates, no traffic jams and plenty of fresh air, which all make Cowra a great alternative to city living.”

In Strathalbyn, which is a town about 45 minutes south of Adelaide, buyer enquires are not only emanating from Adelaide but Melbourne too.

“People from the capitals are realising they can have city jobs but now enjoy a tree change to green pastures,” said Sally Ness, Co-Principal, Raine & Horne Strathalbyn.

“Given our proximity to Adelaide, people can commute daily, weekly or monthly and we are seeing more buyers from the city and the Adelaide Hills cashing up and moving to our region.”

Ms Ness added “City buyers were already considering a move to Strathalbyn was possible and COVID has highlighted that with faster internet connectivity they can now enjoy the fresher air of a regional town and still keep their city job.

“The NBN connection is a big issue with buyers at almost every inspection.”

Apart from NBN connection and its proximity to the city, Strathalbyn’s attraction is a broad range of properties from vacant blocks of land from $1850,000 to lifestyle properties on five acres which are closer to $750,000, Mr Ness confirmed.

“While most of our lifestyle property buyers are from Adelaide, we are seeing, more interstate purchasers particularly from Melbourne.

“The Melbourne buyers seem to desperate to escape and are happy to buy properties in Strathalbyn sight unseen and some have even paid above the asking price.”

Melbourne buyers seeking to escape to the sun and sea are also driving up demand for properties in Queensland’s far north, according to Susan Plummer, Principal of Raine & Horne Palm Cove.

“To be fair, there are usually a lot of people from Melbourne holidaying in Cairns and Palm Cove this time of year but because of COVID-19 and border closures they can’t.

“But lockdowns seem to be refocusing people from Melbourne about the possibility of a sea change to Palm Cove and making their favourite holiday location their new home.”

Ms Plummer says her office has been inundated with enquiries from Melbourne and some buyers have even flown to Cairns and taken two weeks in quarantine before going shopping for a new home.

“Recently, the successful buyers of a waterfront apartment even stayed in Palm Cove rather than fly back to Melbourne to pack up their old homes as they couldn’t face another two weeks in quarantine.

“They have paid removalists to pack up their homes and transport their belongings to Palm Cove.”

Buyers from the southern states are moving to Cairns for the fresh air, sun, sand and sea lifestyle that a Barrier Reef gateway town provides, Ms Plummer said, “as even during lockdowns we can enjoy the tropical lifestyle of pool and outdoor dining with our climate.

“People now know they can earn capital city salaries but live in a regional or coastal town. Better NBN connections are clearly critical to this realisation,” Ms Plummer noted.

City buyers are taking an interest in a mix of properties in Palm Cove from basic two-bedroom apartments for $250,000 to beachfront resort-style apartments starting from mid-$600,000. Four-bedroom houses start from $550,000 on the hillside of the highway, while a modern beachside house will cost more than $1 million, according to Ms Plummer. 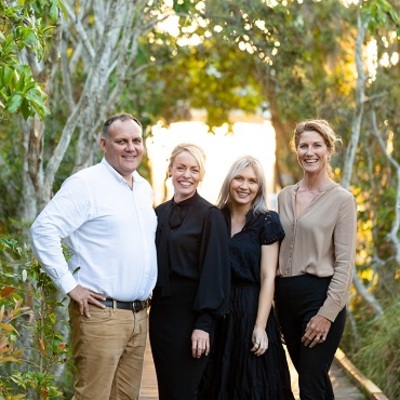 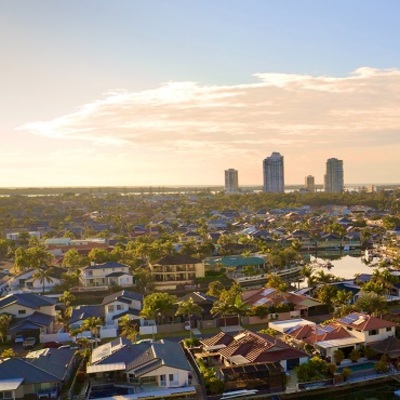