The Federal Government has announced the much-anticipated HomeBuilder program that will support jobs in the residential construction sector[i].

From today until 31 December 2020, HomeBuilder will provide all eligible owner-occupiers (not just first home buyers) with a grant of $25,000 to build a new home or substantially renovate an existing home. Construction must be contracted to commence within three months of the contract date.

Of course, there are caveats. Applicants will be subject to income caps of $125,000 for singles and $200,000 for couples based on their latest assessable income.

Angus Raine, Executive Chairman, Raine & Horne, warns homeowners not to treat HomeBuilder as a gift. “If you have equity in your home and the renovation adds value, then opting into HomeBuilder makes plenty of sense.

“Typically, a new kitchen or bathroom augments a property’s appeal, while extra accommodation or a second story will also add to the capital value of your property.

“With interest rates also at historic lows, the $25,000 HomeBuilder grant will make renovating a sensible strategy for homeowners, especially if they are planning a sale any time soon.”

On the economic and employment fronts, HomeBuilder is a practical strategy, Angus noted. “Cash grants for home renos will inject large sums of money into the economy rapidly and underpin construction industry jobs.”

The construction industry generates over $360 billion in revenue[1], and produces around 9% of Australia's Gross Domestic Product, and has a projected annual growth rate of 2.4% over the next five years. Moreover, the real estate market at $5.5 trillion totally overshadows equities, which has a market capitilisation of $1.6 trillion.

According to the Federal Government, HomeBuilder will help to support 140,000 direct jobs and another 1,000,000 related jobs in the residential construction sector including businesses and sole-trader builders, contractors, property developers, construction materials manufacturers, engineers, designers and architects

Angus added, “This stimulus package will provide critical financial assistance for one of our country’s biggest industries.

In another major announcement, the Prime Minister also confirmed construction would start this year on the $11 billion Sydney Metro – Western Sydney Airport rail, locking in thousands of jobs and providing a long-term economic boost to the Western Sydney and New South Wales economies during the COVID-19 recovery.

Under a new agreement between the Federal and NSW governments, a further $3.5 billion will be injected into the project, which will serve the greater Western Sydney region, in time for the opening of Western Sydney International (Nancy-Bird Walton) Airport in 2026.

Angus Raine commented, “The second Sydney airport at Badgerys Creek will not only deliver thousands of jobs and prove a boon for real estate values in Western Sydney but the goodwill should extend to Southern Highland towns such as Mittagong, Bowral and Goulburn.” 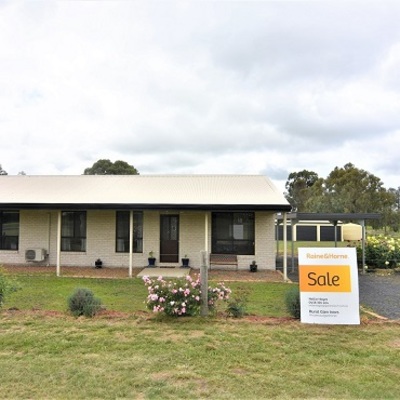