Evidently, someone forgot to tell a homeowner in Narrabeen, on Sydney’s Northern Beaches the property market is taking a breather.

The five-bedroom house at 3 Malcolm Street, Narrabeen was sold by ace salesman Raine & Horne Dee Why/Collaroy principal Lachlan Yeates for $2.425 million on 29 March. It last sold for $2.250 million in April 2017, according to onthehouse.com.au. That’s a tax-free capital gain of $175,000, which is more than double the average annual full-time earnings of an average worker in Australia.

Away from Sydney, regional property markets in NSW continue to motor along. The latest CoreLogic hedonic home value index shows that regional property markets in NSW are growing at an average of 5.1%. Among the strongest growing regional markets are Southern Highlands & Shoalhaven where values have climbed by 9.5% over the past year. Other strong performers include Newcastle and Lake Macquarie (up 8.3%), Coffs Harbour/Grafton region (8.1%) and Central West (7.1%).

In the NSW Central Western town of Cowra’s affordable housing is a significant attraction for property buyers. The town’s median house price is $240,000, noted Ruth Fagan who recently launched Raine & Horne Cowra with husband David. “For $430,000 you can buy a substantial family home in Cowra with four bedrooms and two bathrooms,” she said. “This figure puts a 2-bedroom apartment in Sydney’s Potts Point into perspective,” said Ruth.

Queensland's population is projected to reach 5 million in May, according to the latest population figures released by the Australian Bureau of Statistics (ABS).

ABS Demography Director Anthony Grubb said that by the end of September 2017 Queensland's population had reached 4.9 million and was growing at 1.7%.

Steve Worrad, General Manager Queensland, Raine & Horne said population growth will underpin the longer-term health of the Queensland economy and the state’s property markets. “With more people shifting to Queensland from overseas and interstate, particularly from NSW, the demand for real estate will continue to collect speed,” commented Steve.

“While we are seeing more demand for property in some parts of Brisbane due to our growing population, popular regional growth hubs such as the Gold Coast and the Sunshine Coast won’t be able to keep up with the level of enquiry. This will result in rising prices in some of Australia’s favourite holiday Meccas.”

Downsizers and pre-retirees are selling their Sydney properties to move to regional coastal towns such as Bundaberg and the Fraser Coast, to buy waterfront property and a great lifestyle,” noted REIQ Chairman Rob Honeycombe.  “Queensland real estate offers great value, and this is why it underpins the state’s economy. When real estate performs well, everyone benefits,” he said.

The WA government is investing heavily in roads and transport with some of the infrastructure highlights including the $1.3 billion pledged for METRONET Stage 1 rail project, as well as the $237 million construction of the Armadale Road Bridge. Another major initiative is the $50 million traffic interchange at Wanneroo Road and Joondalup Drive, Neerabup.

The WA government is also spending $49 million to widen the Kwinana Freeway between Russell Road and Roe Highway, along with a $40 million to expand the Mitchell Freeway between Cedric Street and Vincent Street. There are also plans to build 95 kilometres of cycling paths around Perth for the cost of a record $129 million.

Infrastructure improvements auger well for the property market in Ellenbrook, which is an integral part of the City of Swan and the famous Swan Valley vine region, noted Ron Lyster, the Principal of Raine & Horne Ellenbrook. “Ellenbrook locals can find work opportunities close by in the suburbs such as Midland, Wangara, and Bullsbrook, while the Tonkin Highway extension, which is underway, will reduce commute times to Perth significantly,” said Ron.

Meanwhile, Chevron Australia has announced stage two of the Gorgon natural gas project is set to commence next year off the north-west coast of Western Australia. The project, which will reportedly cost $5.1 billion, is expected to create hundreds of jobs over several years in areas including drilling, subsea installation, pipe-laying and project management as well as ongoing operational tasks into the future. "This investment is another sign that WA is getting back on track - the economy is improving, confidence is up, and jobs are being created, " Mark McGowan, Premier of Western Australia said.

Alex Ouwens, the President of the Real Estate Institute of South Australia, says 2017/2018 has been a relatively healthy financial year to date for real estate in South Australia.

Historically low stock levels according to Alex are central to stronger returns. The REISA chief attributes the tight listings to the preference of many South Australian vendors to sell every 10-11 years compared to 6-7 years a decade or so ago. In turn, the stock shortage is contributing to the robust SA market, explained Alex. “The long-hold property cycle is making it harder for agents to find listings.”

Nevertheless, there are substantial pockets of growth driven by interstate demand for residential and commercial property. Alex adds that interest rates will be on hold for quite a while yet, “so the market will remain stable in Adelaide mainly as Sydney and Melbourne have come off the boil.”

If you thought Melbourne’s prestige suburbs such as Toorak and Hawthorn were off limits to first home buyers, think again. By buying an apartment or unit, buyers can still afford to live in some of Melbourne’s most prestigious suburbs, new REIV data revealed.

Savings of more than $2.1 million were also possible for buyers who purchased an apartment rather than a house in the inner-city suburb of Hawthorn, which has a median apartment price of $611,000.

At $661,000 apartments were also the ideal entry point for buyers in Caulfield North which boasts a median house price of $2.4 million.

Million-dollar savings were also possible for buyers purchasing an apartment in the upmarket suburbs of South Yarra, Brighton and Balwyn.

REIV President Richard Simpson said apartments remain relatively affordable, even in many of the city’s most exclusive neighbourhoods. “Apartments and units are ideal for buyers who don’t want to compromise on location or amenities, offering an entry point to many of Melbourne’s most expensive suburbs.”

First homebuyers should certainly consider an apartment or unit as a way of getting into the property market, with many Melbourne suburbs recording median apartment prices below the $600,000 barrier, according to REIV.

The news is also positive for those Tasmanians living outside the capital. Across the broader regional markets, the strongest performing can be found in Tasmanian, noted CoreLogic, where dwelling values are now 5.4% higher than 12 months ago.

From an economic standpoint, Glenn believes the fracking decision was the biggest announcement for real estate since the Inpex signing. “Housing prices have already started to increase on the boom cycle, but an outside stimulant like fracking will assist with more growth that’s for sure,” he said.

“Fracking is a positive industry for the Territory that will bring more people here looking for jobs and opportunities and it will be beneficial for those selling and tenanting properties in the long term.” 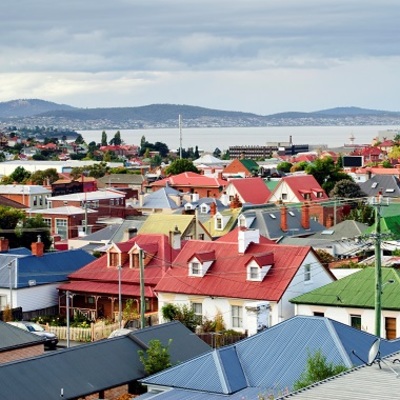 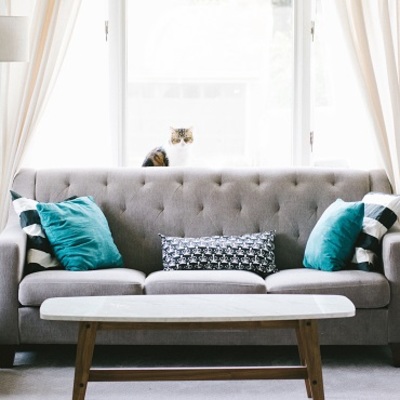