The leading lights in NSW are Newcastle and Lake Macquarie with growth of 10.3%, followed by South Highland and Shoalhaven where values were up 10%. Other NSW regions among the growth leaders Are Coffs Harbour (up 8.7% p.a.), Illawarra (6.7%), Hunter Valley (5.9%) and Central West (5.5%).

In the Shoalhaven, Ben Pryde, the Principal of Raine & Horne Mollymook/Milton, told realestate.com.au that Sydneysiders have been leading the charge for local properties and that they are paying huge prices.

Meanwhile, Michelle Mackay, Co-Principal, Raine & Horne Bathurst told the Western Advocate that first home buyers will be out in force in 2018 in the central western NSW town. “They stood back a little bit last year because of the prices, but I think if interest rates stay low we will see first home buyers come back into the market,” she said. Properties ranging in price from $450,000 to $550,000 are expected to be most in demand in Bathurst.

According to CoreLogic head of research Tim Lawless, higher commodity prices and

improving labour force conditions, as well as significantly reduced values in some regions should help to support improved buyer demand.

Interestingly, the NSW Valuer General’s Report on Land Values at 1 July released in January supports the growing popularity of regional real estate. Coastal centres further from the major cities, for example, generally experienced increases in unimproved residential land values of around 10%, noted the Valuer General. “However, Byron Bay was a significant outlier with an overall increase of 25.8% due to strong demand from both investors and owner occupiers.”

Regional areas of Queensland moved into growth territory, according to the latest CoreLogic Hedonic Home Value Index, a result supported by the Real Estate Institute of Queensland (REIQ).

The REIQ reports that vacancy rates across regional Queensland are falling, which is excellent news for investors and budding landlords. In early 2017, only Toowoomba the Gold and Sunshine coasts and Cairns had tight vacancy rates. By December 2017 the rental markets of Bundaberg and Mackay were moving towards much healthier statuses.

The combination of an improving broader economy, a stronger coal price, and better employment figures is having a positive impact on regional rental markets, and this is good news, noted Antonia Mercorella, CEO of REIQ.

“As a recent Deloitte Access Economics report shows, Queensland’s economic prospects are improving with Queensland the most popular destination for internal migration. Our population is steadily growing, and people typically rent before they buy, testing out the area before they commit to a mortgage,” Antonia said

“In Mackay, the median price for a two-bedroom apartment is about $300,000, which compares favourably to beachside suburbs in Sydney.”

The Perth property market ended 2017 on a positive note, according to the latest data from the Real Estate Institute of WA (REIWA).

The WA capital’s median house price increased 1.2% to $516,000 in the December quarter 2017, according to REIWA, while other key categories such as sales activity, listing levels and average selling days improved.

Craig Abbott, General Manager, WA, Raine & Horne said the result was expected and set the scene for a solid first quarter for 2018. “At the tail end of last quarter, we saw the key numbers start to firm up. And then through Christmas, those Raine & Horne offices that stayed open, were busy.”

“A lot of sales representatives have been saying that since they came back in January, there were a lot of inquiries from buyers and homeowners pondering whether the time has arrived to sell.”

Significantly, it was ten days faster to sell a Perth property in the December quarter than in the September quarter, with it taking on average 60 days to secure a sale. “It’s been two years since it was this quick to sell in Perth. The combination of sellers’ preparedness to meet the market and buyer appetite for well-priced property has significantly shortened days-on-market,” said Hayden Groves, President of REIWA.

A massive investment in infrastructure coupled with stronger resources prices and property affordability will increase Adelaide real estate activity and values in 2018.

“After five years of strong returns in Sydney and Melbourne, investor attention will start shifting to the Adelaide real estate market in 2018,” said Michael McDonald, General Manager, SA, Raine & Horne. “For starters, the median Adelaide property value is around $430,000, which is virtually equivalent to a house deposit in Sydney.”

He added, “The massive infrastructure investment currently underway, will continue to create plenty of jobs and economic growth, which augers well for Adelaide property longer-term.”

The South Australian Government announced a record infrastructure spend of $9.5 billion over four years is expected to support 5,700 extra jobs on average annually.

Michael noted, “The jobs growth from infrastructure is in addition to the 10,000 new jobs created in South Australia over the past couple of years in a range of growing industries.”

A further $1.5 billion will be spent on public transport, while South Australian roads will receive $1.9 billion. Other major infrastructure projects include the $50 billion contract to build a new fleet for the Australian navy. “The combined state and federal government spending on infrastructure will provide the necessary shot in the arm for the state economy, and consequently, Adelaide property prices should benefit with an average of 3-5% p.a. plausible over the next three years or so,” said Michael.

Owner-occupiers boosted the values of larger homes across Melbourne according to new REIV data.

The research shows three-bedroom houses outperformed all other property types in the December quarter, increasing by 2.6% to a citywide median price of $730,000.

REIV President Richard Simpson said traditional three-bedroom family homes in the city’s outer suburbs experienced the most substantial price growth, up 17.2% over the quarter to a median of $587,000. “Space is at a premium, which is encouraging more family buyers to consider established suburbs in the city’s outer ring,” he said.

Melton and Melton South in the city’s west experienced some of the most substantial quarterly price growth for this property type, up 17.8% and 14.7% respectively. Despite the increase, the median price of a three-bedroom house in both suburbs remains under $400,000.

Richard Simpson added that four-bedroom homes also performed strongly in the December quarter, up 2.5% to a citywide median of $851,000. Hoppers Crossing in the south-west saw the most significant increase for four-bedroom houses with the median price increasing 12.6% to $595,000.

Hobart continues as Australia’s most reliable capital city market with growth of 3.1% for the three months to the end of January 2018.

On an annual basis, Hobart values ate growing at 12.4%, according to the latest CoreLogic Hedonic Home Value Index. That said, the Real Estate Institute of Tasmania reports that real estate activity is increasing across the state.

The REIT’s December Quarter set a new benchmark for the cumulative value of sales, exceeding $1 billion for the first time. A pickup in Southern Tasmania transactions (+16%) and strong performances from Launceston (+4.1%) and the North West (+4.5%) contributed to this result, according to the REIT. Unit and townhouse sales surged in the North West (up by 50%) and Launceston (+7.4%). Land sales increased by 14%.

The December 2017 quarter saw first home buyers record their highest number of sales, with investors representing 19% of sales. Interstate buyers were responsible for 23% of all sales at a median price of $349,500 with Tasmanians dominant recording 75% of sales.

‘The Northern Territory real estate local market report,’ which is published by the REINT, shows the Darwin property market experienced “lacklustre” conditions during the December quarter. “While it finished with a small bounce in house sale volumes and median prices, it is a stretch to claim the market has bounced back,” REINT chief executive, Quentin Kilian told The Real Estate Conversation.

Glenn disagrees, and he remains convinced the Darwin property market has reached the bottom of the cycle. “We now have international investors contacting us about apartments in the Darwin CBD, Larrakeyah and Stuart Park where values have taken a tumble over the last few years,” he said. “The fact we have global investors seeking value and yield is a bellwether sign that the Darwin market is turning.”

There hasn’t been any international interest in the Darwin property market for five years, noted Glenn. “That said, we are still in a tough market for vendors, and a tough market calls for a tough, efficient agent such as Raine & Horne Darwin.” 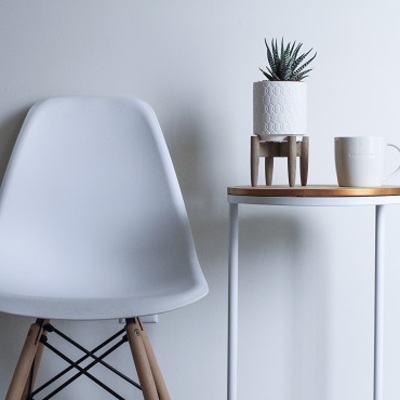 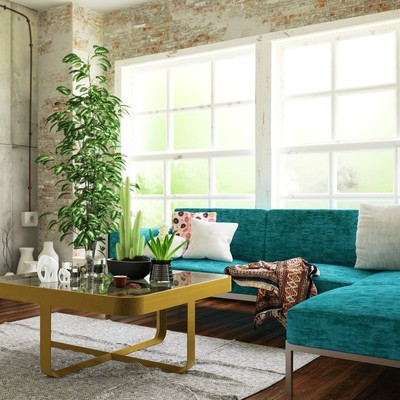