The latest CoreLogic home value index reports that since values started rising in 2012, the value of the typical Sydney dwelling has risen by 75%

At the same time, buyers priced out of Sydney’s property market are set to drive up real estate values in towns such as Bathurst, Wagga Wagga and Tamworth this spring. “The much-hyped growth in Sydney’s median dwelling price – which has risen over 13% in the last 12 months to $909,000 – is driving demand for property in some of NSW’s major regional growth centres,” said Angus Raine, Executive Chairman, Raine & Horne.

“Towns such as Bathurst, Wagga and Tamworth offer real estate prices that are significantly below the Sydney median, while rental returns above 5% compare favourably to those generated by properties in the capital city, he said. “These robust regional cities appeal to owner-occupiers and investors who are prepared to look further afield, because of quality schools and hospitals, employment, diverse economies, and a comfortable way of life.” Click here to read more about the property buying opportunities in regional NSW.

“There are signs that real estate markets in regional Queensland will enjoy a robust spring selling season with Mackay set to be a stand out,” said Steve Worrad, General Manager, Queensland, Raine & Horne.

“Queensland’s affordability is a major appeal for owner-occupiers and investors with values starting from less than $200,000 in some regional centres. This is significantly less than the stamp duty impost on some properties in Sydney and Melbourne.

“With a median dwelling price of $490,000 and improved vacancy rates, Brisbane will attract more southern state investors too as the selling season clicks into gear.”

Mackay is a maintenance hub for Adani Carmichael mine in Central Queensland and the gateway to primary industries such as sugar cane and ethanol, said Des Besanko, a director of seven Raine & Horne offices in Brisbane and regional Queensland. There are 4 sugar cane mills and many farms, which employ many locals in the Mackay region. Despite the positive longer-term outlook for the Mackay economy, Mr Besanko, a Fellow of the Institute of Public Accountants (IPA), said that some property oversupply needs to be absorbed.  “We’ll get through this absorption phase before transitioning into a growth stage later in the 2017/18 financial year. Consequently, there will be growth of between 2-5% for the Mackay real estate market in the 2017/18 tax year.”

Within the corridor between Goodna and Ipswich, in Queensland’s south-east, there are terrific opportunities for entry-level property buyers over the next year, noted Des. “It’s possible to buy established 3-bedroom homes in the high $200,000s in the Goodna area,” he said.

Springfield, which was built as part of Greater Springfield, Australia’s largest master-planned city, is another suburb worth considering, according to Des.  “The commercial footprint of Springfield is twice the size of the Brisbane CBD,” he noted. You can find more information here about where to find a property hotspot in Queensland this spring.

The availability of affordable homes south of Perth is the key to the recovery of the city’s property market, according to Craig Abbott, General Manager WA, Raine & Horne.

“There is plenty of news suggesting that Perth’s real estate market is in a rebalancing phase. I think it’s too early to call a market recovery; however, with a number of suburbs recording some of the best value increases in Australia, the signs are good,” said Craig. “There is a tonne of affordable housing in Perth and some of the best rental yields in Australia.” The median value for a Perth dwelling is almost $463,000, according to CoreLogic. This is about half the price of the median dwelling value in Sydney.

Wellard, in the City of Kwinana, is a potential Perth property hotspot, noted Craig. He also nominated Jarrahdale, a small historic town 45 km south-east of Perth, and Byford in the city’s south-east, as locations to watch. “The beauty of these locations is that they offer first home buyers the opportunity to secure 3-bedroom houses for under $500,000,” said Mr Abbott. The median price for a 3-bedroom house is $420,000 in Wellard, and $480,000 in Jarrahdale.

In Perth’s south-east, Byford, with a median house price of $420,000, is red-hot due to its location, improved infrastructure and affordability, according to Paul Curran, Principal of Raine & Horne Rockingham. “Byford now has a new country club, a Coles supermarket, a 7-Eleven, Krispy Kreme, Hungry Jacks and there is an Aldi on the way. This is a sure sign that major retailers believe that Byford is genuinely on the real estate map,” said Paul. “Byford’s proximity to the Perth CBD and south-western WA will also help underpin property values long term. In the short term, we expect Byford to be on the radar of savvy buyers this spring.”

The Adelaide market has remained stable over the past few years, according to the August Month-In-Review report from valuation firm, Herron Todd White.

Investors are generally seeking yields and longer-term capital gains, according to Herron Todd White. There are also investors seeking properties in areas undergoing in-fill development with many holding properties to develop in the medium to long term.

There has been ongoing activity in areas such as Morphett Vale, Campbelltown, Prospect and Windsor Gardens. This appears to be due to investors purchasing newly built group style dwellings.

According to the August CoreLogic Home Value Index, Adelaide house values have grown by 0.2% over the past month and are up 5.2% on this time last year. Adelaide’s median house price is currently sitting at $455,000 and houses on average are delivering total gross returns (growth and income) of 10.2%.

Homes zoned for some of Melbourne’s top performing schools are delivering six-figure dividends for property owners, compared to neighbouring homes outside the catchment.

New REIV data shows the median house price in highly sought after public school catchments are up to $500,000 more expensive than homes that border the zone.

Homes in the Fitzroy Primary School zone also achieved higher prices than those just outside the catchment area. The median house price for homes within the zone was $1.6 million while those bordering the zone fetched $300,000 less.

A difference of $289,000 was evident in Bentleigh East with homes zoned for Valkstone Primary School significantly more expensive than those within one kilometre of the catchment area.

The Hobart real estate market is gathering momentum, according to the August CoreLogic Home Value Index.

While the trend in capital gains has eased in some of Australia’s larger cities, in Hobart the market has gathered some momentum with the annual pace of capital gains, at 13.6%, which is the highest of any capital city.

“The annual growth rate for Hobart hasn’t been this high since 2004,” said, Tim Lawless, Head of Research at CoreLogic. “The sheer affordability of housing is likely one of the key drivers for Hobart’s values appreciation.” With a median house value of just $403,174, Hobart houses are approximately half the value of Melbourne and almost two thirds lower than Sydney house values.

In addition to robust capital gains, Hobart rental rates have also risen, providing solid yields and pushing average total returns well beyond the other capital cities. Houses are generating gross yields of 5.1% and apartments are generating returns of 5.3%.

A recent realestate.com.au report revealed that Darwin’s northern suburbs are a haven of activity with sales and interest “turning a corner” in 2017.

This comes as nine of the top 10 online in-demand Territory suburbs were in Darwin’s northern suburbs, with.

The figures, which came from REA Group’s Property Demand Index for June, showed northern suburbs underdog Nakara was the most in demand suburb, with Anula in second and Wanguri in third. Marlow Lagoon was the only Palmerston suburb to make it in the top 10. Other suburbs in the Top 10 included Jingili, Alawa, Tiwi, Moil, Wulagi and   Wagaman. 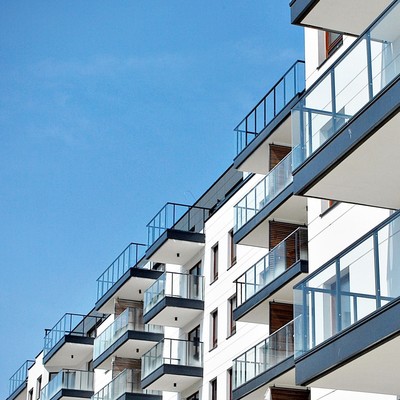 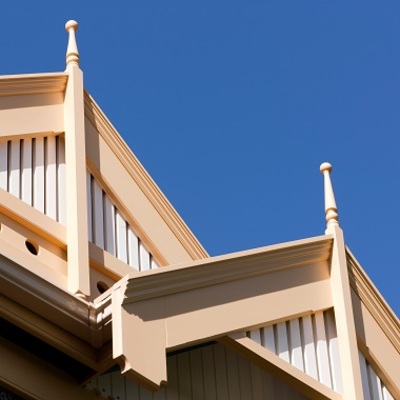