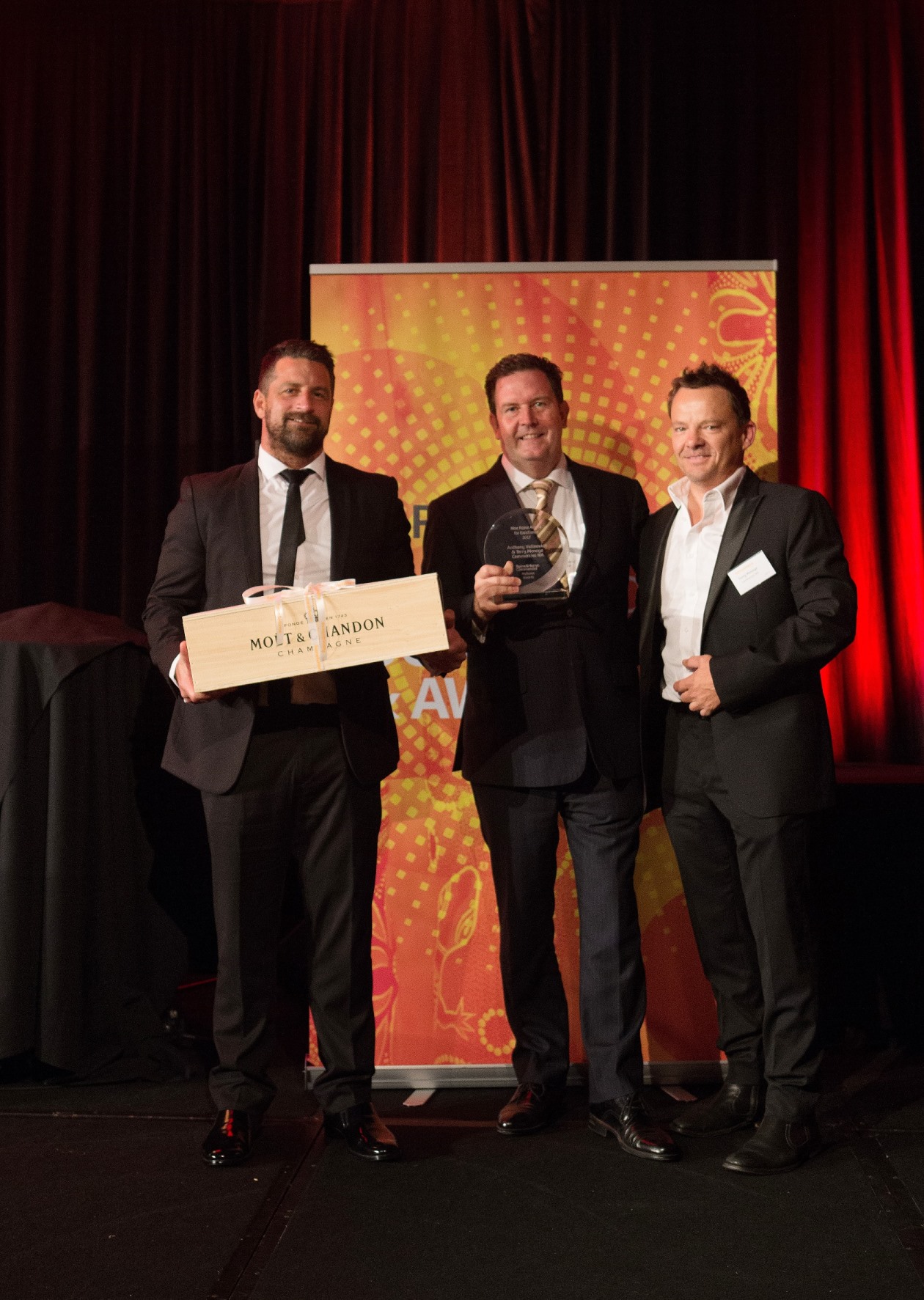 Mr Vulinovich and Mr Menage were awarded the highly prestigious Max Raine Award, named after the real estate scion, who famously launched the 133 year old family business into franchising in the 1970s. The award was the highlight of the 2017 National Raine & Horne Awards held in Darwin recently.

Angus Raine, Executive Chairman of Raine & Horne, said, “The Max Raine Award acknowledges the commitment that Anthony and Terry have made to supporting Raine & Horne Commercial’s expansion in Western Australia over the last decade.

“Like many successful businesses in Perth, they haven’t allowed the dramatic economic downturn in Western Australia to get the better of them, and they have even doubled their sales numbers and commission revenues over the last 3 years,” said Mr Raine.

A focus on client retention and building a strong internal culture is at the core of the success of Raine & Horne Commercial Western Australia, which recently moved into a state-of-the art office at 334 Cambridge Street, Wembley. The firm also launched a second office in Wangara this year to service the commercial markets in the northern suburbs of Perth.

“Anthony and Terry have developed new business units and work very hard at retaining clients, which is central to their business success,” said Mr Raine.

“They have also developed a very strong culture within the team, with staff turnover virtually a non-issue.”

“These estates include the Swan Brewery Estate in Canning Vale[i], the Tonkin Highway Industrial Estate[ii] in Bayswater and the Northern Industrial Park in Wangara[iii],” said Mr Vulinovich.

“We have sold pre-title over $40 million of land in the Tonkin Highway Industrial Estate, Perth, which is the city’s latest inner metropolitan industrial opportunity,” said Mr Vulinovich.

"The estate sales reflect the strength of Perth’s industrial base, the unique locations of the three estates and the quality of the product.”