In a major coup for Gold Coast owners, Raine & Horne Mermaid has merged with former rival LJ Hooker Mermaid to create an expanded sales and property management firm, which will service the southern half of the famous tourism strip.

The expanded Raine & Horne Mermaid will operate from a prominent position at 2485 Gold Coast Highway, Mermaid Beach, and former principal Kae Beadman has agreed to stay on as a sales agent, according to new principal Anthony Steinberg. 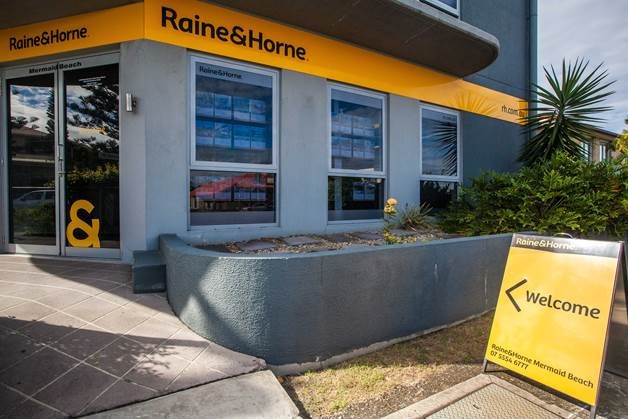 Mr Steinberg, who was with his previous real estate group for 12 years, said the decision to link with Raine & Horne was not taken lightly.

“In the end, the Raine & Horne brand resonated more with me, along with the group’s focus on continuous IT enhancements,” said Mr Steinberg, who was nominated by his previous network for its International Best New Talent award in 2004. He also won rookie of the quarter and rookie of the year awards, while the former office also won a series of business growth awards.

“What impresses me is that Raine & Horne recognises the importance of operating within the new digital landscape and its determination to stay ahead of the technological curve.”

“The company has not changed hands once since it launched in 1883, so it has significant leadership stability, which is a rare commodity these days,” said Mr Steinberg.

“Raine & Horne has a very flat management structure and I’ve been impressed with my dealings and access to Raine & Horne CEO Brian Reid.”

The timing of the launch for the revamped Raine & Horne Mermaid Beach couldn’t be better.

“The Gold Coast is one of the hottest property markets in the country at the moment,” said Mr Steinberg, with days on market running at less than 14 days.

“The Commonwealth Games is creating plenty of good consumer and business sentiment at a time when real estate values and lower yields in Sydney and Melbourne have local and overseas investors focusing on the Gold Coast,” said Mr Steinberg.

“Apartments are attracting a very healthy 5% yield, which is appealing to interstate and overseas investors. Out of area investor enquiry has spiked by 15% over the last couple of months.”

With the market hotting up, real estate development has picked up as a result, however, Mr Steinberg said the Gold Coast can sustain this growth due to stronger education, healthcare and retail sectors, which have become major employers, along with the tourism and hospitality sectors.

“Large contingents of Chinese and Korean buyers are making their presence felt. They are being enticed by the Gold Coast’s lifestyle and education opportunities, afforded by the expanded Bond and Griffith university campuses, new hospitals and better transport infrastructure.

“Likewise major retail precincts such as Pacific Fair, Robina Town Centre and Jupiter’s Casino have been overhauled to meet the needs of Asian shoppers.”

Angus Raine, Executive Chairman, Raine & Horne said he was delighted that Mr Steinberg and his team have switched to the Superbrand.

“Anthony’s decision to join us after a long association with a major competitor is a tick of approval for what Raine & Horne has achieved in Queensland, with 27 offices added to our network since the start of 2014,” said Mr Raine.

“The merged entity will have much greater market presence than the two smaller offices enjoyed and this will offer a broader choice of real estate solutions and expertise to owner-occupiers and investors.

“After 27 years in the area, it’s pleasing that Kae Beadman has decided to stay on in a sales role and I’m sure her knowledge and familiarity with Raine & Horne will be a significant help to Anthony, who is a Mermaid Beach local. It’s a combination that I’m sure will make a significant mark on the local real estate market.”

For a free market appraisal of your property in Mermaid Beach and surrounding suburbs, contact Raine & Horne Mermaid Beach on (07) 5554 6777.

For further media information or to organise an interview with Anthony Steinberg, contact: