Moss Vale, NSW (15 November 2017) Moss Vale homeowners Hugh and Barbara Cox are enjoying a double celebration after selling their property at 18 Farnborough Drive, Moss Vale for $1.05 million and winning a $2,500 donation for their favourite charity. 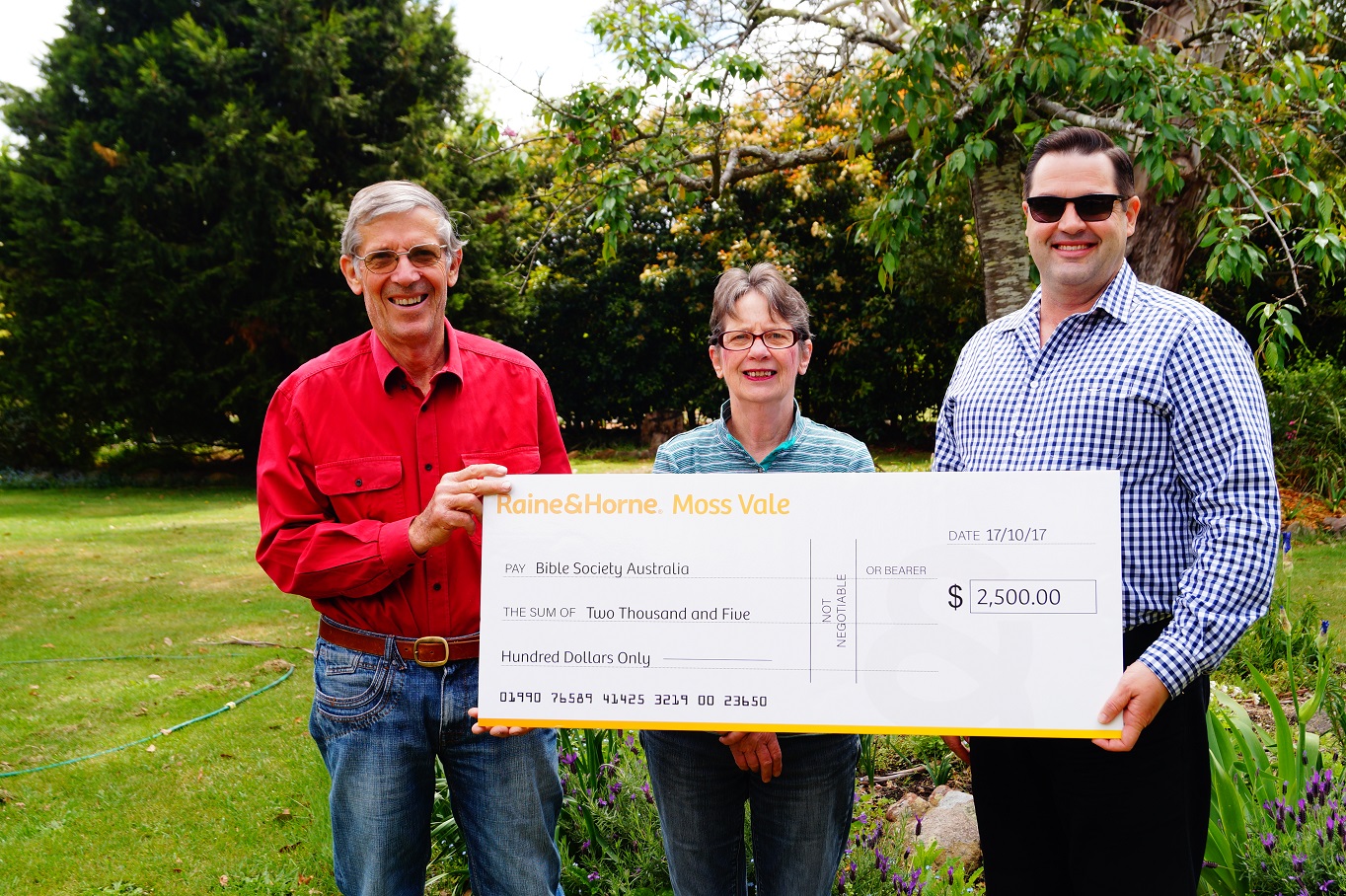 Mr and Mrs Cox have donated $2,500 to the Bible Society Australia’s Mongolia appeal[1]. The donation is one of 16 grants Raine & Horne has made available to those vendors who exclusively list their properties with the Superbrand this spring.

“Raine & Horne is donating a total of $40,000 worth of grants to sporting and community groups and charities as part of its Local Hero campaign,” said Angus Raine, Executive Chairman, Raine & Horne.

“Grassroots sports and community groups are the lifeblood of many Australian districts, yet they are often forced to operate on the smell of an oily rag.

“We believe they deserve some financial support through our Local Hero campaign, which is our way of saying thank you for their community commitment.”

Mr and Mrs Cox chose to support the Bible Society Australia’s Mongolia Appeal because 2017 marks the 200th anniversary of the establishment of the charity in the UK.

The British and Foreign Bible Society was launched when a number of businessmen heard about the plight of a young Welsh girl named Mary Jones. Ms Jones had a special interest in biblical stories and saved hard to buy a first copy of a Bible. “Mary began saving her coins from selling eggs and taking in laundry,” said Mr Cox.

By the time Ms Jones was around 16 she learned there were Bibles for sale in a village called Bala, 50 miles (80 kilometres) from her home town of Llanfi-hengel. However, when Ms Jones arrived, the last Bible had been sold.

“Bitterly disappointed, she was about to leave, when the bookseller so moved by her plight, promised to get her a Bible. That moving story led to a number of businessmen joining together the form the Bible Society,” said Mrs Cox. “Today the Society works in translation, publication and distribution work all over the world.”

Mr and Mrs Cox were also pleased with the support from Raine & Horne, which enabled them to make a financial donation to the Bible Society.

All home owners must do to enter the ‘Local Hero’ competition is list their homes exclusively with a local Raine & Horne agent before 16 November 2017. They will then go into the draw to win one of 16 $2,500 donations for their local, amateur, sporting team of choice, said Mr Raine.