This purchase is a significant financial milestone for Mrs Mackenzie, an interior designer with TKD Architects, and her husband, who secured their first property with a deposit of a few hundred thousand dollars in 2003. 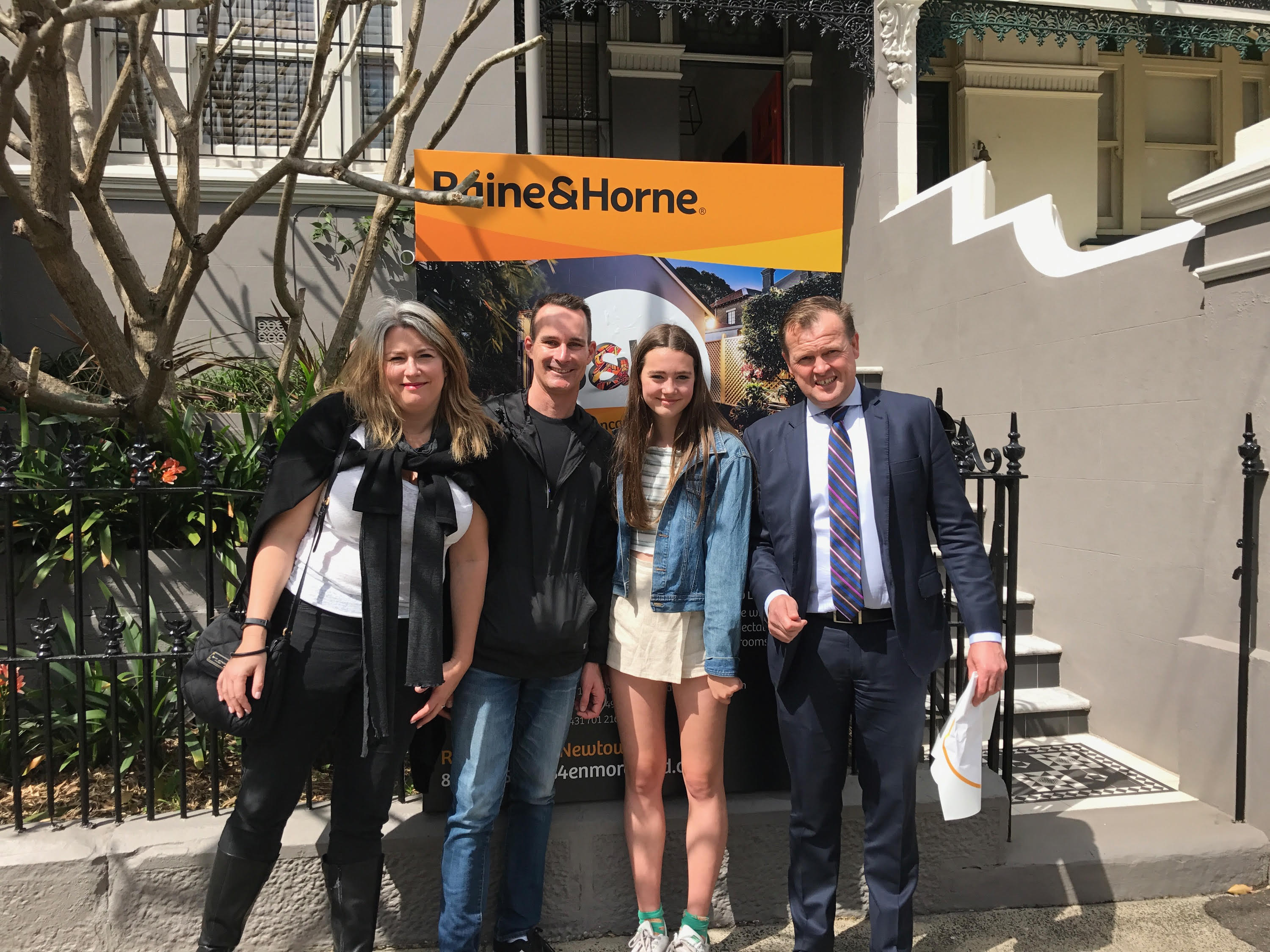 Multiple transactions with the same agent

“When we decided to sell Wilson Street, some friends who had previously used Duncan to sell their home, recommended him to us,” said Mrs Mackenzie.

“The initial transaction was a smooth experience – and because Duncan understood where we were in life with a couple of children under 10, he suggested we look at the property in Stanmore to buy next.”

Converting an eyesore into gold

The Mackenzies purchased their next property at 10 Clarendon Rd Stanmore for $1.2 million in 2009, after discussing its pros and cons with Mr Gordon.

“The property was a complete dump at the time and came with a demolition order. However, as I am an interior designer, I could see the property’s potential,” said Mrs Mackenzie.

“It was on a big block for Sydney’s Inner West and came with a north facing backyard, while the house was divided into three apartments. Its appeal is linked to it being on a dead-end street, which is unusual,” she said.

“I could see we could add a lot of value without spending much money. The yard was also concrete and adding some lawn was sure to make a big difference.”

The transaction was the first time the Mackenzies dealt with Mr Gordon as buyers.  “The experience was the same as when we were sellers. Duncan was great to deal with even though we were the buyers this time, and on the other side of the fence. He was a transparent and genuine person.

“We recommended Duncan at this point to three other friends selling properties, and we have stayed in contact with him ever since.”

In 2017, the Mackenzies decided to downsize their lifestyle, and it was never in doubt that Mr Gordon would win the listing – their third real estate transaction with the Newtown agent.

“The children are older teenagers now and don't require a big backyard. Although, we still need the same number of bedrooms and internal living space,” said Mrs Mackenzie

“The move to downsize is also about getting rid of mortgage stress and freeing up money to spend on holidays until we find another project.”

After completing some significant, yet low-cost, renovations on the turn of the century Stanmore property, Mr Gordon was able to sell the property for the Mackenzies at auction for $2.72 million.

The fourth transaction, a new home, and financial freedom

In September, the Mackenzie’s were the successful bidders on 284 Enmore Road, Marrickville that sold under the hammer for $1.63 million.

“Originally we didn’t think our new home would be right for us because it’s on a busier street. But we decided to visit it just to support Duncan. But when we got there, we immediately understood why he recommended this property to us,” she said.

“It has a fantastic vibe and great layout. The interior spaces are exactly what we need spatially but the block size is smaller which is what we were looking for.

“To his credit, Duncan gets what we need every time, and he has guided our real estate decision making over a long period, which has put us in a fantastic position financially.

“Moreover by slashing our mortgage with our decision to downsize, we are saving many, many hundreds of thousands of dollars in extra interest repayments, which is money we can spend on holidays. We’re a happy property story.”