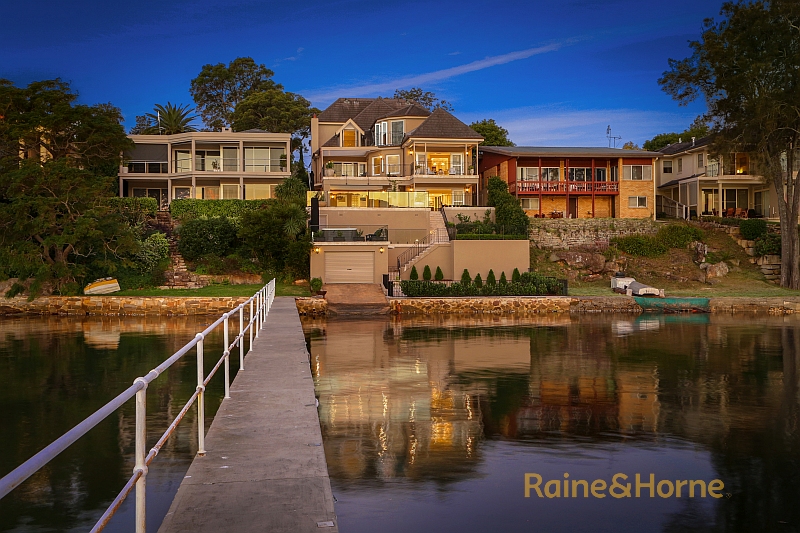 Gosford, WA (5 September 2017) A Sydney downsizer has paid over $4.1 million for a property on Albany Street, Point Frederick, a popular waterfront suburb, on the Central Coast, 1 hour north of Sydney

“This is a current record for a Central Coast waterfront and it reinforces Point Frederick’s growing reputation as the Point Piper of the Central Coast,” said selling agent, Geoff Tilden, Director of Raine & Horne Gosford.

Mr Tilden has sold the impressive waterfront property on behalf of Central Coast businessman, John Clack, and his wife Caroline. The property has been purchased by a Sydney-based downsizer from Kenthurst, who prefers to maintain his anonymity.

Over the course of the marketing campaign, the property attracted 20,000 views on social media and 145,235 views on REA and Domain. There were 395 enquiries and 320 people inspected the property, according to Mr Tilden.

“We had offers from a mix of overseas buyers, Sydney downsizers and Central Coast upgraders,” said Mr Tilden.

Point Frederick with its sweeping views of magnificent Brisbane Waters coupled with its proximity to the M1, makes it very popular with local businesspeople and buyers shifting to the Central Coast from Sydney, noted Mr Tilden.

“Point Frederick is well-served with public transport with trains to Sydney and Newcastle within walking distance, and the Central Coast Stadium sporting and entertainment precinct is nearby,” he said.

“People recognise that suburbs such as Point Frederick are close to Sydney, but are far enough removed from the city rat race, as well as being near to the region’s famous beaches such as Avoca and Terrigal.”

To find out more about buying, selling or renting a property in Point Frederick, contact Raine & Horne Gosford on 02 4324 7744.