Raine & Horne Redland Bay, which opened for business in late 2015, has made a big impact in its first four months of operation by taking a consumer-friendly modern day approach to real estate, which has seen the firm trade later each weeknight and on weekends. 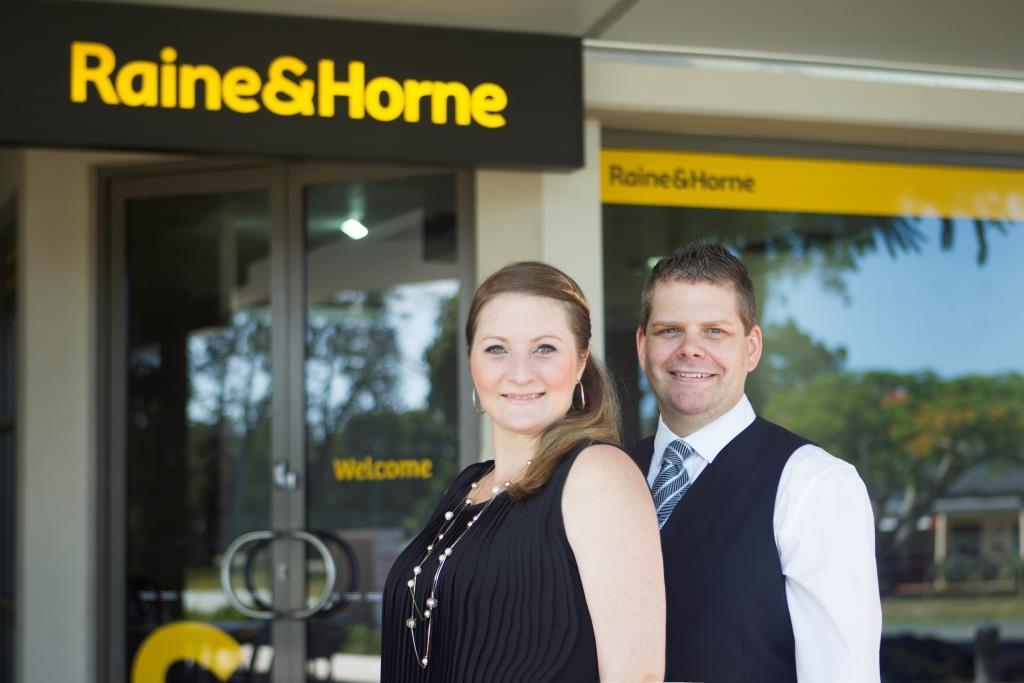 Led by husband and wife team, Tenille Walters and Darren Payne, Raine & Horne Redland Bay trades from 8am until 7pm Monday to Friday, from 8am until 5pm on Saturdays, and by appointment on Sundays.

“We’ve listened to the market and watched the needs of real estate consumers evolve during our time in the industry, and this is why we’ve adapted our business hours to fit in with the busy lives of our clients, customers and the community in general,” says Ms Walters, who with husband Darren has more than 35 years of combined experience in real estate sales and development.

As part of its point of difference, the sales and property management team at Raine & Horne Redland Bay will conduct open homes, listing presentations, and meet with tenants to discuss maintenance issues after 5pm.

“We want our clients to know they’re our priority, and so we’re more than happy to make ourselves available whenever they need us.

“People can’t take time off work like they did in the past to go house hunting – they need to save up time to care for sick kids, move house or meet with tradespeople.

“Longer trading hours are also perfect for those who don’t have recession-proof jobs or are from a 1-income family. By opening later, we’re giving them more opportunities to buy, sell or lease a property in Redland Bay and surrounding suburbs, or to engage with a property manager,” adds Ms Walters.

Discussing the decision to choose Raine & Horne, Ms Walters says it was the company’s professional approach that attracted her and Mr Payne to the 133-year old family-owned and operated Superbrand.

“Personally, after 23 years in real estate, it was time for a new beginning, and I realised that the passion I have for real estate and our community could only be showcased effectively by working with a forward-thinking real estate brand such as Raine & Horne.

“We ultimately chose Raine & Horne as our preferred partner because we believed the areas we service, such as Redland Bay, Mount Cotton, Victoria Point and Thornlands, needed a fresh approach with a reputable brand and people who recognise the vast potential of the Bayside area.

“This has allowed our team to truly show their dedication to this community, and we’re flourishing as a result,” says Ms Walters.

In addition, Ms Walters believes her office’s location at Shop 2, 165-171 Broadwater Terrace, Redland Bay, is a significant factor in the burgeoning success of her business.

“We’re ideally situated in a prime position opposite the Redland Bay waterfront, next to the only café in the area, the fantastic Bean & Leaf,” says Ms Walters.

“This means we get great foot traffic and visibility for our existing and potential customers.”

For all your sales and property management queries in the Redlands and surrounding suburbs, contact Raine & Horne Redland Bay on 07 3446 8820.