The NSW Government’s announcement that two new metro railway stations will be located at Crows Nest and North Sydney is set to push up property prices on the Lower North Shore by as much as 10%, according to leading property group Raine & Horne.

The new North Sydney station will be known as Victoria Cross, and will be located at the northern section of North Sydney’s CBD. The station will be accessed via the eastern side of Miller Street between Berry Street and Mount Street. Additional metro stations will be located Barangaroo, Martin Place, Pitt Street and Central Station. There is also the prospect of additional stations at Sydney University and Waterloo.

“The announcement of the additional metro stations is an excellent announcement for the Lower North Shore and often a major infrastructure improvement of this nature can result in an immediate spike in real estate values,” said Angus Raine, Executive Chairman of Raine & Horne.

“It’s quite possible that the shrewd money will see the benefits of the additional stations and how they help link Crows Nest and North Sydney to jobs in the Sydney CBD and Barangaroo as a massive positive.

“As such, an immediate spike in Lower North Shore values of 5-10% is not out of the question.”

Retailers such as Coles have already identified the potential of North Sydney, which is undergoing a major residential growth surge according to Duncan Grady, Principal of Raine & Horne North Sydney. Coles has opened an outlet in the AAMI Building at 99 Walker Street, while ALDI and JB Hi-Fi also have a local presence. In addition, Woolworths are said to be considering establishing a retail outlet in North Sydney, according to Mr Grady.

“North Sydney had become a 1970s-like commercial relic, which was virtually people-free after 7pm on a weeknight and on weekends. Without any retail outlets, there was little reason to come here outside traditional work hours,” he said.

“Thankfully the CBD has embarked on becoming a vibrant mix-used precinct with something like 3,000 new residential apartments set to be completed between 2013 and 2019. Now with the likes of Coles investing in North Sydney’s growth and the additional rail infrastructure, long-term apartment price growth above the city’s annual long-term average of around 7% is possible.

“Any railway link that can get North Sydney residents to jobs in Barangaroo or the restaurants and bars in Crows Nest faster, will be great for long-term real estate values,” said Mr Grady. 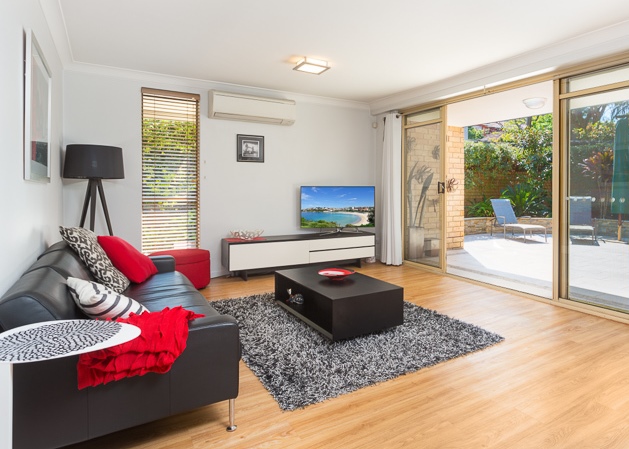 Heidi Brown, Sales Manager at Raine & Horne Crows Nest, agreed that a new station will be a boon for Crows Nest.

“The completion date of 2024 is still a long way down the track, but this is a fantastic development for Crows Nest, as there is plenty of residential development and more businesses also moving to our suburb,” said Ms Brown.

“A lot of local residents don’t have parking, so this will make it much easier to get to the city for work. On the flipside, other Sydneysiders will be able to use the new service to visit Crows Nest’s great cafes and restaurants.”

Ms Brown said that quantifying the impact on long-term real estate prices in Crows Nest is difficult; however she expects the announcement to deliver a shot in the arm to the local market.

“On the day the new Crows Nest railway station was announced by the Premier, we sold at auction a two bedroom, garden apartment at 6/108-110 Shirley Road, Wollstonecraft for $1,020,000.”

Across town, and Gerard Hill, Co-Principal of Raine & Horne Newtown, said adding a metro station to the grid at Sydney University would be well received by the land-locked Inner West.

“The Inner West has some of the most congested roads in Sydney, so anything to get cars off our roads would be great for the environment, business and long-term property prices,” said Mr Hill, who points out that the light rail service to Dulwich Hill had lifted that suburb’s profile with owner-occupiers and investors.

“Any mass transportation initiative that can move people faster will not only underpin real estate values but is sure to be a vote winner too.

“If Sydney University is added to the Sydney metro grid, I’d expect an immediate impact on prices in Newtown and Camperdown, which could jump by as much as 10% very quickly.”