Low interest rates make winter a good time to sell in Sydney. After rollicking along for the best part of 5 years, the NSW real estate market recorded a dip in property exchanges and settlements in April, according to data from Raine & Horne.

However, it’s far from a doom and gloom scenario, with the sales statistics counterbalanced by robust Sydney real estate values. The median dwelling price in the NSW capital is up by than 11% over the past year, according to CoreLogic. “Also our offices reported a surge in buyer enquiry with auction numbers, as a result of the premiums currently being achieved,” said Angus Raine, Executive Chairman, Raine & Horne. “This result underlines that taking a property to auction is still the preferred method of sale for many vendors.”

Often vendors choose not to list their homes for sale in the colder months, a scenario reflected by a 15% fall in appraisals in April compared to the same time in 2016.  “However, with interest rates expected to remain unchanged over the next quarter, we are anticipating relatively robust buyer demand throughout winter,” said Angus. “It’s for this reason, if you’ve decided to move house, a winter sale in Sydney will prove a worthwhile exercise for owners.”

In other news, NSW first home buyers will save more many thousands of dollars on a property purchase due to new concessions set to take effect on July 1. In May, the NSW Government announced that all first home buyers would be exempted from paying stamp duty on properties up to $650,000. The new stamp duty exemption will apply to both new homes and existing properties and is designed to help first-time buyers compete with property investors.

The announcement will prove a boon for home buyers outside of Sydney, Raine & Horne Bathurst Principal Michelle Mackay told the Western Advocate. “It’s absolutely terrific, it will bring a lot of people into the market,” she said. “It will certainly give first homebuyers a helping hand.”

Hot auctions warm the winter market While temperatures cooled across the city, Melbourne’s auction market remained hot, with a record number of homes selling under the hammer this autumn.

Real Estate Institute of Victoria (REIV) data showed that more than 9,160 homes sold at auction from 1 March to 31 May – a 7.6% increase on the previous record set in autumn 2015 when 8,517 homes sold. REIV President Joseph Walton said Melbourne’s top performing auction suburbs this autumn were predominantly located in the city’s north.

Reservoir and Craigieburn, which are serviced by Raine & Horne Roxburgh Park, experienced the strongest auction results this autumn with 138 and 116 sales respectively. “Despite these suburbs occupying vastly different price points in the market, both recorded autumn clearance rates of more than 84%, signalling ongoing buyer demand in these areas,” said Joseph.

In outer Melbourne, Werribee recorded the highest growth in auction sales with 52 homes selling under the hammer this autumn, up from just five for the same period last year.

Is Perth property the answer for eastern state millennials? With Swiss investment bank UBS attempting to scare the life out of first home buyers in Sydney with its claim that it’ll take them 40 years to save for a property, Raine & Horne is offering a more straightforward solution.

“The trouble is that the median house price in Sydney is around $1 million and around $830,000 in Melbourne. In contrast, the median price in my patch of Rockingham is just $425,000,” said Paul. “Therefore, buying an investment property in Perth could be a good strategy for young Sydney and Melbourne millennials wrestling to buy into the real estate market.”

Paul added that owning an investment in one state may not necessarily bar first home buyers from available grants for buying a first home in another state. “For example, if you buy an investment property in Perth, this won’t affect your eligibility for the first home owners grant in Queensland,” he said.

Steady as she goes for Adelaide real estate. The Adelaide property market has experienced a small lift in values over the past few couple of months, according to Michael McDonald, General Manager, Raine & Horne SA.

With buyer demand continuing to react positively to market strength, the Adelaide market has recorded steady capital growth of 2.2% in the 12 months to the end of April 2017. This reflects a 2.0% year-on-year increase in the number of settled dwelling sales, despite some so-called experts citing a bleak future for Adelaide.

The negativity has been driven by the Holden plant closure and other economic challenges for the state. However, commentators have failed to see the raft of capital investments across South Australia made by the government and private sectors, said Michael.

“Despite the focus of the state’s economy, Adelaide’s property market has been doing a good job of ensuring that demand meets supply,” he noted. “South Australia remains very affordable for buyers, whether they are first home buyers, novice investors or experienced professionals.” The median house price in Adelaide is $460,000 and $365,000 for apartments, according to CoreLogic.

Michael nominates Christies Beach and Port Noarlunga in Adelaide’s south as suburbs to watch. “They are showing very obvious signs of improvement with new developments and enhancements happening at a very good rate,” he said.

Adelaide rentals have remained relatively consistent over the past year, which will continue to catch the attention of yield-focused investors. “With the Reserve Bank expected to leave rates on hold for the remainder of the year, this should result in continued steady growth for the South Australian market,” said Michael.

Affordability set to lure mainland investors. Housing affordability in Tasmania improved in the March 2017 quarter, according to the latest Adelaide Bank/REIA Report, with the proportion of income required to meet home loan repayments decreasing to 23.6%

This represents a decrease of 0.6 percentage points over the March quarter and a decrease of 0.7 percentage points compared to the March quarter 2016. It helps that Tasmania is Australia’s most affordable state. The median house price in Hobart, for example, is $381,000 and the median for home units is $311,500, according to the latest statistics from CoreLogic. In comparison, the median house price in Sydney is more than a $1 million.

While Tasmania’s real estate affordability is good news for first home buyers, it is set to attract mainland investors, noted the latest Month-In-Review report from valuer, Herron Todd White. “Investors do seem to be on the increase and there is a strong possibility investors will dominate the market, especially with the increase in property prices throughout mainland Australia, which could drive investors to Tasmania.”

The Northern Territory’s generous first home owner subsidies are influencing more aspiring buyers to take a first step onto the property ladder in Darwin, according to Raine & Horne.

“Around 25% of the sales of established properties in Darwin involve first home buyers, while about 90% of land sales in some developments are to first timers,” said Glenn Grantham, General Manager, Raine & Horne Darwin.

A first home buyer who is building, or buying, a new home in the Northern Territory is eligible for a $26,000 first home owner’s grant. In addition, there is $2,000 first timers can use to buy household goods. There is up to $23,000 in stamp duty relief for first home buyers purchasing an established home valued up to $650,000. “The first home buyer segment is the most active part of the marketplace because of Darwin’s combination of real estate affordability and substantial government subsidies,” said Glenn.

Raine & Horne Darwin is currently marketing blocks of land in Zuccoli, an outer suburb of Palmerston from $149,000 as part of Stages 2A and 2C of the Zuccoli Aspire development. “Stage 2A is due for practical completion early in the 3rd quarter of 2017, and we have just 6 sites left for sale from the original 80 blocks,” said Glenn. “We’re not releasing Stage 2B until later in 2017, and we have only 32 in Stage 2C left for sale with first home buyers leading the charge.

Surging first home buyer numbers is having a knock-on effect for Darwin real estate. “The March 2017 Quarter recorded stronger property sales volumes than the corresponding period 12 months before,” said Glenn. “The strength of Darwin’s entry-level market has enabled quality properties in desirable upgrader suburbs to the north of the city such as Leanyer, Tiwi and Alawa to maintain their values.” 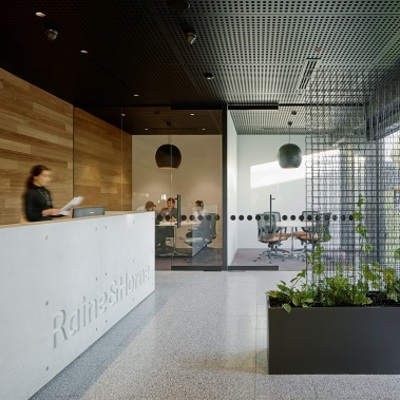 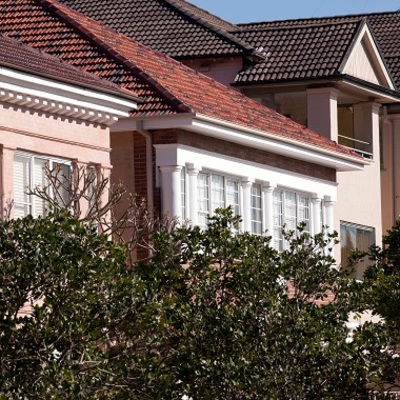