The latest report from CoreLogic says the average dwelling price in Sydney has climbed by 16% over the past year to $860,000.

That said, the latest Herron Todd White Westpac Residential Report revealed there are still suburbs in Sydney offering reasonable entry prices with good capital growth prospects. For example, suburbs close to rail links are always popular among Inner West buyers, according to Herron Todd White. The valuation firm says that good choices for those on a tight budget are 1- or 2-bedroom units dating from the 1960s and 1970s. These types of property can be found in Dulwich Hill (median unit price $716,000) and Ashfield (median unit price $661,000), which also have high tenant demand due to their transport options and affordability.

In Western Sydney, Herron Todd White recommends the outskirts of the south-west growth corridor as suitable. They include Leppington, Oran Park and the recently released Austral. Three-bedroom house and land packages in Austral are priced from $615,000, while in the more established (though still new) suburb of Oran Park, the median house price is $690,000 – well below the Sydney-wide median of $860,000, according to the valuation firm.

However, prices in Western Sydney are unlikely to remain this low in these areas for long, Peter Diamantidis, Sales Manager, Raine & Horne St Marys recently told the Sydney Morning Herald. “We are finding more owner occupiers [and] first-home buyers now moving into these areas compared to 12 months ago which is now getting close on exceeding $500,000,” he said. Peter recently broke a suburb record in Sydney’s cheapest suburb, Willmot, with a $592,000 sale at the end of 2016. The same home last sold for $385,000 in 2014.

With affordability a major issue in the southern capitals, the Raine & Horne Group is reporting that regional towns in Queensland are starting to enjoy a surge in real estate activity.

“Apart from the great lifestyle on offer, regional Queensland towns such as Bundaberg offer excellent affordability,” said Steve Worrad, General Manager, Queensland, Raine & Horne. “In Bundaberg and north to Gladstone, it’s possible to buy entry-level houses for under $200,000, which can generate gross yields above 5% for investors.”

Smaller acreages located between central Bundaberg and the coast are proving to be the region’s most active real estate market, according to Josh Rub, Principal of Raine & Horne Bundaberg. “Properties between 1-3 acres with 3-4 bedrooms are proving highly desirable with local upgraders, especially given they are selling for between $340,000-$450,000,” said Josh. “The sweet spot for this market is properties located halfway between Bargara on the coast and the town centre. Bargara is 15 minutes from the centre of Bundaberg.

In Gladstone, a combination of shorter days on market for homes for sale and rental are a sure-fire sign local real estate values are set to bounce, according to Mark Patton, Principal, Raine & Horne Gladstone. “We’ve seen that days on market for both private treaty sales and rental vacancy rates have fallen by as much as 15% since the start of the year,” said Mark. “There is also evidence of investors from outside the region snapping up properties valued around $150,000, especially with vacancy rates falling significantly.”

The recent sale at auction of a 4-bedroom family home in Baldivis, south of Perth, for a price above the reserve, is one of several strong signs the local real estate market is starting to lift.

“The auction attracted 4 registered bidders and up to 90 interested parties,” said Patrick Holmes of Raine & Horne Rockingham Beach, who sold the property with his colleague Louise Dickenson. “Six months ago, we would have only about 10 people at an auction in Baldivis.”

In another encouraging sign for the Perth property market, the auction result followed 7 vacant land sales in one week in mid-April, which was the highest weekly number of land sales in more than a year. Eleven houses were also sold during the week. “There is life in the market, which is an indication that people are discovering that Baldivis is one of Perth’s best-kept secrets,” said Louise. “It’s about 40 minutes from Perth by car, it has a railway station, and values are still very affordable, with a median house price of $445,000 compared to Perth’s overall median dwelling price of $475,000.”

The $4 billion investment in regional Victoria – including $1.45 billion for regional rail services announced in the recent Victorian budget, will increase buyer demand for homes across the state, according to the Real Estate Institute of Victoria (REIV).

“Greater road and rail infrastructure will not only improve the desirability of regional Victoria, but will also result in higher property prices in these areas in the long-term,” said REIV Chief Executive Officer Gil King. “We’re already seeing strong price growth in towns within commuting distance of Melbourne, especially in Geelong where the median house price is now $701,000.”

In addition, the Victorian Government will invest almost $2 billion in the state’s roads, which includes $700 million over four years to upgrade the M80 Ring Road and $300 million to build the Mordialloc Bypass. A further $879.5 million will be invested in public transport for metropolitan Melbourne with eight additional train services on the Werribee line and new bus services in a number of outer suburbs, according to REIV.

“Improved transport services in Melbourne’s outer suburbs will drive continued buyer interest in these suburbs, which have experienced strong price growth in the past two quarters,” said Gil. “With estimated population growth of around 100,000 people each year, infrastructure investment in these new growth areas is essential.” According to the latest data from CoreLogic, the Melbourne real estate market is growing at 15.3% year-on-year.

With property values starting to improve, astute empty nesters in Darwin are realising that now is the perfect time to downgrade from a redundant family home into a modern apartment, according to Glenn Grantham, General Manager of Raine & Horne Darwin.

“Some Darwin retirees have recognised the challenges faced by empty nesters in the southern states, where spiralling real estate values and charges such as stamp duty make it difficult to downsize from larger properties into more appropriate housing,” said Glenn. “With these southern state lessons in mind, Darwin locals have recognised that in terms of paying lower fees, charges and taxes, it’s generally better to sell and buy in a less robust market, which we have now.”

Retirees living in larger properties in Darwin’s desirable northern suburbs are starting to enquire about downsizing to apartments in the CBD, according to Glenn. “One retiree has decided to move to take advantage of lower apartment prices in the Darwin CBD,” he said. “The empty-nester is confident that by downsizing into the city now, she’ll pay a more realistic price of around $750,000 for a 3-bedroom apartment, as well as lower transactional charges such as stamp duty.”

The median dwelling price in Adelaide continues to grow, with the latest from CoreLogic indicating it hit $430,000 in April.

At the same time, the Real Estate Institute of South Australia (REISA) revealed recently that the suburbs which have seen the largest growth over a 12 month period were Largs Bay, Malvern and Vale Park. Other big movers included Prospect, North Plympton and Belair.

“Morphett Vale and Paralowie will always be sterling performers because they are affordable, have terrific infrastructure and offer prime opportunities for development,” said Alex Ouwens, President of REISA. “Location is also key, and that is why the suburbs close to the beach will always be winners as they offer lifestyle and recreational choices for those wishing to downsize, undertake a sea change or be closer to nature.”

Tasmanian real estate is enjoying a purple patch with the Real Estate Institute of Tasmania (REIT) March Quarterly results confirming that over the first 3 months of 2017 the market has continued to strengthen and recorded its highest number of sales since 2004.

Launceston was the only region to record a decrease in median sale price a result by a large number of transactions at the mid to lower end of the market.

Significant movement in unit/townhouse sales was also a highlight of the quarter that recorded its highest number of transactions (385 sales) for many years. Unit/townhouse transactions were up 27% in Hobart, 22% in Launceston and 4% on the North West Coast.

Twenty five sales were recorded during the period for properties priced above $1 million. 23 of these were in Hobart and 2 in Launceston. Meanwhile, Tasmania’s rental market continues to offer strong investment returns on the back of high demand and historically low vacancy rates. Investor activity grew by 50% over the same time last year, according to REIT. 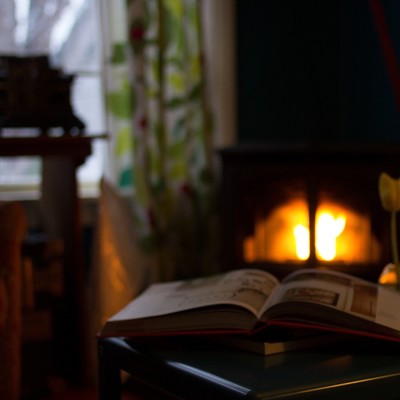 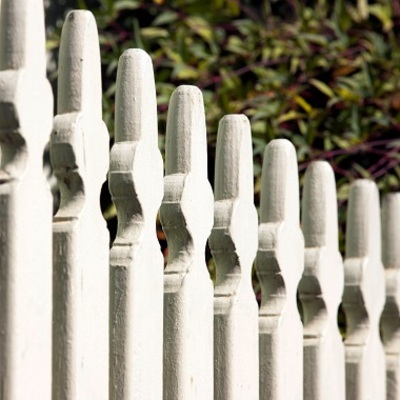