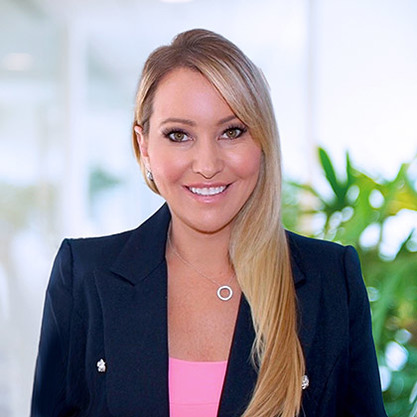 Contact Tina to find out why over 140 offices have joined Raine & Horne in the last 5 years.

Recognised as a high achiever with a proven track record of sales, Tina Addison has worked in the real estate industry for 26 years, beginning her career in 1996.

Tina had a meteoric rise to the top and in 2001 was recognised as a leading Agent from Australia, New Zealand and Asia. During her decorated sales career, Tina worked as the Licensee in Charge of a major franchise office for six years.

Tina has broken eleven record prices for residential, commercial and strata property and is arguably one of the best negotiators in the real estate market. In the final months of 2013 Tina was again recognised as a leading agent in Australasia based on revenue.

Tina's stellar career attracted the regular attention of Raine & Horne senior management, including Executive Chairman, Angus Raine & CEO Brian Reid. When Tina relocated to the Gold Coast, it was an opportune time for her to join our corporate team as Network Developer, Manager and Trainer. Tina holds a full licence in New South Wales (987092) and Queensland (3690849) and has recruited offices throughout Australia, being instrumental in the Groups strong growth over the last decade.

In 2020 Raine & Horne created and offered Tina an inaugural position as National Head of Growth & Network Manager. Tina is an integral part of our Raine & Horne Corporate Team and has ensured an unprecedented expansion into key markets. Over the past five years, Raine & Horne are proudly recognised as the fastest growing network nationally.